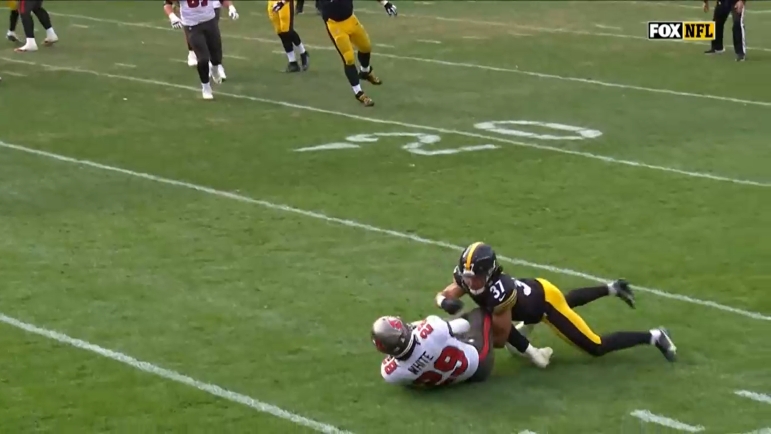 The Pittsburgh Steelers have made a pair of moves ahead of tonight’s game against the Las Vegas Raiders. The team announced they have promoted S Elijah Riley and in a corresponding move, released CB Josh Jackson.

We have promoted S Elijah Riley from the practice squad to the active roster and released CB Josh Jackson. @BordasLawhttps://t.co/l3KGysVjfL

Riley has appeared in one game this season, logging nine snaps in the team’s Week 6 win over the Tampa Bay Buccaneers. He recorded one tackle in the win. A former Philadelphia Eagle, he has ties to assistant GM Andy Weidl, who worked in Philadelphia last year before being hired by Pittsburgh.

Jackson has appeared in four games this season, recording six tackles on the year but he’s been inactive since the bye week.

The roster move suggests SS Terrell Edmunds may not play tonight due to a hamstring injury. If Edmunds sits out, Damontae Kazee is expected to start in his place. Inactives will be announced 90 minutes before kickoff.

Pittsburgh and Las Vegas kickoff tonight at 8 PM/EST. Both teams enter the game 6-8 and needing a win to keep slim playoff hopes alive.