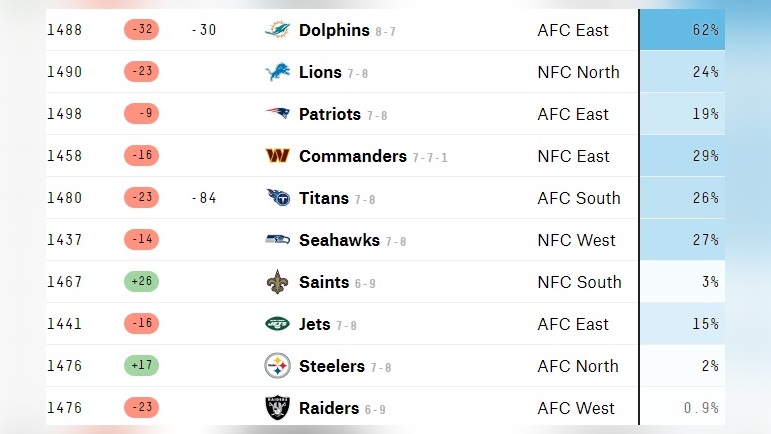 The Pittsburgh Steelers didn’t get help from the Indianapolis Colts on Monday night as they lost to the Los Angeles Chargers at home by a score of 20-3. That win puts the Chargers in the playoffs now and only leaves one path for the Steelers to make the playoffs with the Miami Dolphins being the prime player in that one.

Let’s get to some Steelers playoff scenarios with two weeks remaining in the 2022 regular season.

Once again, none of the Dolphins, Patriots or the Jets can get to nine wins if the Steelers want to make the playoffs. Additionally, the Dolphins can’t tie their final two games. They must lose at least one of them.

According to FiveThirtyEight, the Steelers now have just a 2% chance of making the playoffs following the Chargers Monday night win.

EDITED TO ADD: The Steelers can tie one of their remaining two games if they win the other one as long as the Dolphins lose out, the Patriots lose to the Bills, the Jets lose to the Seahawks and the Titans and The Tennessee Titans and Jacksonville Jaguars don’t tie in Week 18 should both win their week 17 games.