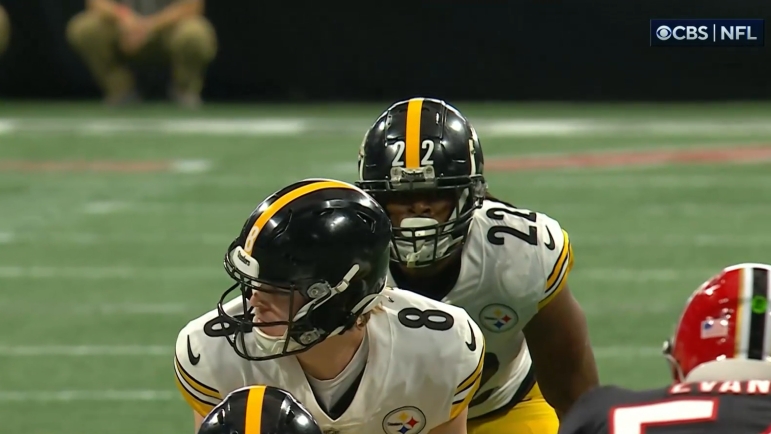 Another week, another climb up the board in the power rankings for the Pittsburgh Steelers.

After seemingly hitting rock bottom after the blowout loss to the Philadelphia Eagles and then entering the bye week, the Steelers have gone 3-1 since the much-needed Week 9 bye and have largely turned the season around, getting back into the hunt for one of the two final Wild Card spots in the AFC playoff picture.

Wins over the New Orleans Saints, Indianapolis Colts and Atlanta Falcons have the Steelers feeling pretty good entering the final stretch drive of the 2022 season. Those three wins in four games also have the Steelers climbing the board in the power rankings from Around the NFL writer Dan Hanzus for NFL.com Tuesday morning.

In the latest power rankings, the Steelers moved up two spots to No. 22 overall, passing the likes of the Arizona Cardinals and Jacksonville Jaguars while slotting just outside of the top 20 behind the Green Bay Packers and Cleveland Browns.

“You just know Mike Tomlin had to love how the Steelers closed out the Falcons on Sunday,” Hanzus writes regarding the Steelers’ placement in the latest power rankings. “Rookie quarterback Kenny Pickett connected on a second-down pass to Diontae Johnson to move the chains and bleed valuable time off the clock in the final two minutes. After three runs, special teams perfectly executed a punt to down the ball at the Atlanta 2-yard line. Then Minkah Fitzpatrick, playing the part of closer, snagged the interception to seal a gritty 19-16 win. With Pickett progressing and T.J. Watt back in the fold, the Steelers are poised to finish their transition season in optimistic fashion.”

Optimistic seems to be the buzzword surrounding the Steelers at this point in the season, and rightfully so.

Rookie quarterback Kenny Pickett has shown real growth and development in the last few weeks since the bye week, cleaning up the turnovers and questionable decision-making to help keep the offense on track in the second half of the season. The run game has improved immensely too as the Steelers are averaging 161 rushing yards per game since the bye week with Najee Harris looking like the guy the Steelers drafted in the first round in 2021.

Big area Najee Harris has improved in since the bye week is that he's stopped dancing and is using his size and strength to just roll downhill. Puts his head down after he doesn't see a hole and just takes what's there.

The way the Steelers closed out the game on Sunday in Atlanta in a 19-16 win is likely what the franchise envisioned when they started the transition season: good, ball-control offense, sound special teams and a suffocating defense that takes the football away.

It took a while to get to that point, but for at least a few minutes in the Atlanta game things really came together for head coach Mike Tomlin and his coaching staff, at least from the standpoint in which they envisioned the team would play this season.

There’s still a long way to go in the 2022 season, but the Steelers are trending in the right direction. There’s real optimism about the growth of Pickett, the resurgence of Harris and the chances of the Steelers forcing their way into the playoff picture.