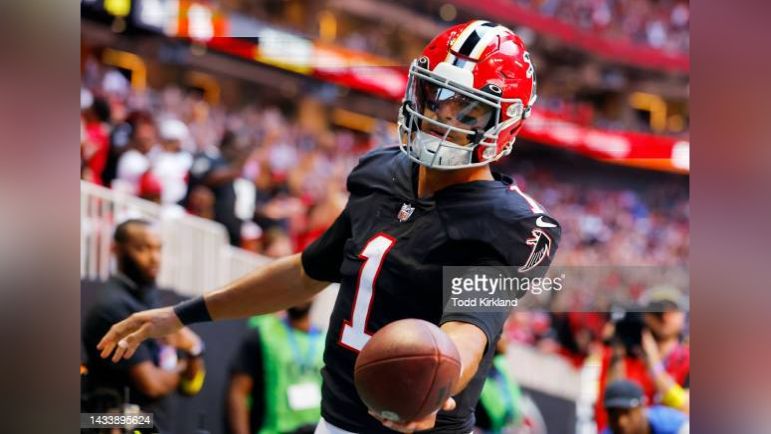 The mobile quarterback was once the hot new thing. Now, it’s standard fare and in fact, it’s more of a surprise if the team you’re facing doesn’t have a QB who can move. Even the Pittsburgh Steelers joined Club Mobility this year with Kenny Pickett. Whether it’s seeing that type of quarterback in practice or on Sundays, DC Teryl Austin says his defense is ready for the challenge.

Speaking to reporters Thursday, he said the team is better prepared to deal with quarterbacks who can create with their legs.

“I think because we’ve faced those running quarterbacks,” he said as tweeted out by The Trib’s Chris Adamski. “We’re better prepared as staffs, as teams to handle those challenges.”

Steelers DC Teryl Austin on how facing a QB who can run is no longer a novelty or a shock to the system for a defense to prepare for pic.twitter.com/7puBT25CNL

Pittsburgh will face another mobile QB this weekend in the Atlanta Falcons’ Marcus Mariota. A former 2nd overall draft pick who has managed to stay healthy, he’s rushed for a career-high 421 yards this season to go along with four rushing scores. The Falcons’ are among the most run-heavy offenses in football and use Mariota on zone reads and designed plays to have him take off with his legs. League-wide, Mariota has the sixth-most rushing yards of any quarterback only trailing Justin Fields, Lamar Jackson, Jalen Hurts, Josh Allen, and Daniel Jones.

In 2022, a quarterback who can run is about as common as a tight end who can catch. Just about every team has them. Already this season the Steelers have faced the likes of Hurts, Allen, Zach Wilson, Tua Tagovailoa, while they are still set to face Jackson twice this year and will see Deshaun Watson in the regular season finale.

The only true “pocket passer” quarterbacks the Steelers have played this season are Tom Brady and Matt Ryan, old-heads of a different era. Of course, every point in time has had mobile quarterbacks from Otto Graham to Fran Tarkenton (and Terry Bradshaw could scoot, too) to Randall Cunningham to Michael Vick but it hasn’t been as widespread as it is today. Mobility is the standard, the norm, and the Steelers with Pickett have finally caught up. That in itself makes Pittsburgh’s defense ready to meet the challenge.

“We’re more prepared and ready to handle those things than before when you’d see a guy like that once a year, twice a year.”

Not only will the Steelers have to stop Mariota’s designed run game but they’ll have to contain him in the pocket on passes, too. The way you rush, how you choose to blitz, all those things are impacted by what a quarterback can do with open grass in front of him. For the secondary, they’ll have to work extra hard to “plaster” and hold coverages on scramble drills.

Stopping the Falcons’ run game will be critical to win this weekend. In addition to Mariota, they have three running backs they rotate to keep fresh and are committed to the ground game. No team runs on first down as often as Atlanta so Pittsburgh’s run defense will be challenged come Sunday. Look for a full scouting report on the Falcons tomorrow.