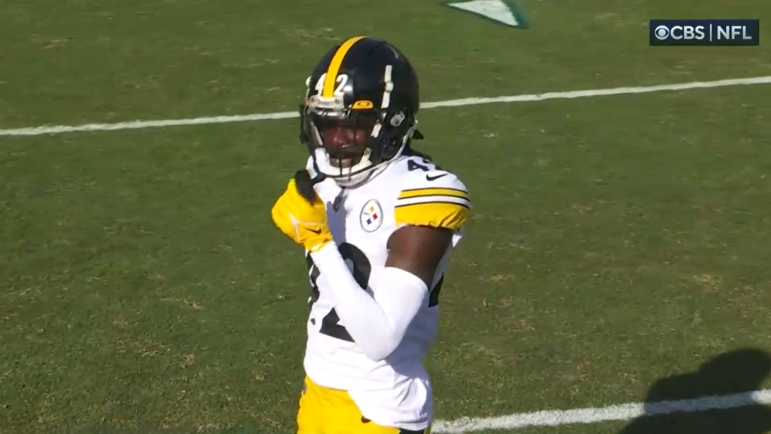 Sitting at 4-7, the Pittsburgh Steelers’ playoff chances are slim. Indeed, every realistic scenario that sees them sneaking in requires them to win out. While this seems impossible, crazier things have happened. The Steelers’ push to accomplish the nearly impossible will continue this Sunday against the Atlanta Falcons. With 11 games in the books for the Steelers and 12 for the Falcons, it is easy to get an idea of both teams’ identities. As such, here are five numbers to look for this Sunday.

51.9. The Falcons run the ball 51.9% of the time, which is the highest mark in the NFL. They are also one of two teams that runs the ball the majority of offensive snaps along with the Chicago Bears. This will be a new challenge for the Steelers’ defense, which has the 8th least runs attempted against them in the NFL. The team’s run defense is performing well, and currently ranks 6th in total rush yards allowed and yards allowed per carry. Needless to say, the battle between the Steelers’ defense and the Falcons’ offense will be won or lost in the trenches on Sunday.

10-19. Aside from the run game, the bread and butter of the Falcons’ offensive attack is in the intermediate passing game (passes between 10-19 air yards). Indeed, Falcons’ quarterback Marcus Mariota attempts intermediate passes 25.7% of the time, which ranks fifth in the NFL. When he does, he has a 113.3 passer rating and a 91.6 PFF passing grade. The majority of said intermediate passes come in the center of the field, where he has a 120.0 passer rating. As such, the Steelers’ linebackers, safeties, and nickel corners will have the most significant role in slowing down what Mariota does best.

58.5. The Steelers’ secondary is one of their more underwhelming units this season, especially in the corner position. However, James Pierre is emerging as a bright spot in the position group, and will likely get more reps moving forward. Pierre allows a 58.5 passer rating, which is the eighth lowest among corners with at least 12 targets according to PFF. Pierre started a full game as the team’s

2. The Falcons blitz 14.1% of the time, which is the lowest rate in the league. Meanwhile, the Steelers’ quarterbacks have not fared well when the opposing defense does not blitz, as Mitch Trubisky and Kenny Pickett have thrown for a combined league-low two touchdowns as well as ten interceptions. Moreover, Pickett’s passer rating is 62.5 when he is not blitzed, and 114.5 when he is. While the Falcons’ defense ranks poorly on paper, this may wind up being a matchup made in hell for Pickett and company.