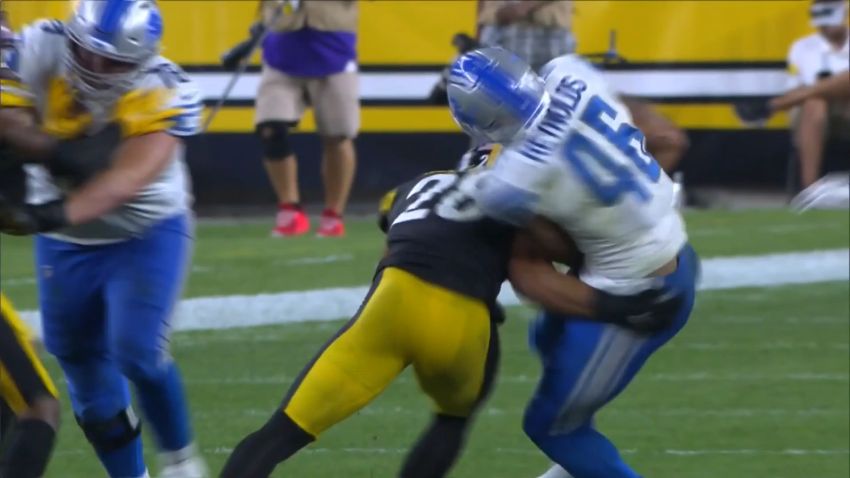 Special teams are a part of the game that fans are not going to be inclined to gravitate toward naturally. Unless something exciting happens, it’s hard to get excited about it. Perhaps teams with excellent returners like Cordarrelle Patterson get their fans a bit more fired up on average.

But then you listen to somebody like Miles Killebrew talk about the third phase of the game and just maybe you might start to see it differently. Maybe. The guys who really embrace special teams just drip passion for it. You often hear that it’s a game of ‘want to’. You need that to excel. You need to embrace the stakes as well.

“There’s something to be said for the fact that we don’t get do-overs. Our plays might be fewer, but you don’t get a second chance on punt or kickoff,” he told Craig Wolfley recently for Steelers.com. “We’re always the first play of the game and big plays that happen on those are usually unexpected to the crowd, so when they do happen, it’s just a little extra punch to the gut.”

Signed as a free agent last offseason, Killebrew immediately established himself as a ‘core four’ player for special teams coordinator Danny Smith. He recorded two blocked punts in his first season and earned himself another contract to stay in Pittsburgh this offseason.

Killebrew has logged 262 snaps so far this year with two games left to play after playing 335 snaps for the Steelers last year on special teams. He has 2226 special teams snaps for his career going back to the 2016 season, having spent five years with the Detroit Lions.

“There’s something about it that I just love. It’s one-on-one competition always. It’s just pure competitiveness,” he said about the intensity of playing special teams. “I’m kind of loose in the head sometimes because I just love running down on kickoff. I love the fact that it’s the closest to war I’ll get, running on the frontline.

“It’s like you’re just running into a burning building and the guys on the other side,” he added. “You don’t know where it’s coming from, but they’re trying to knock your head off and you’re trying to avoid them as you’re targeting in on the runner. It’s a surreal feeling.”

There is no direct equivalent to that sort of play as an offensive or defensive player. Special teams plays are unique within the game of football, but their implications can be transformative for a game, and it takes a lot of work to avoid a spectacular disaster going against you.

So much goes into putting together units that are cohesive, especially given how often the bottoms of rosters turn over in the league today. Those units are often culled together from those lower on the depth chart, so having year-to-year consistency is basically a pipe dream.

Except for core guys like Killebrew, who are so critical. They teach the other guys about what they need to do, what to look for. Everything that a veteran outside linebacker would teach a rookie at his position, the same concept applies to a special teamer. You have to have that chain of wisdom to pass on, and sometimes you need people like this man, kind of loose in the head as he says, to be the glue.