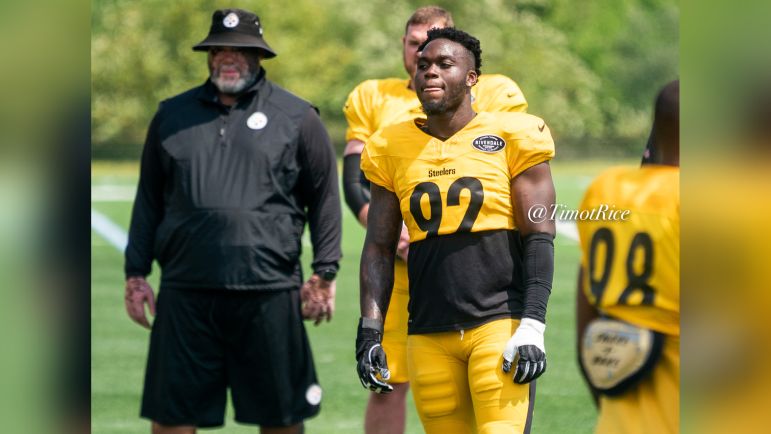 Days ago, Ola Adeniyi seemed to be reuniting with the Pittsburgh Steelers. Now, that’s off the table. Per ESPN’s Adam Schefter, Adeniyi didn’t pass his physical with the team and will remain a free agent.

Former Titans’ LB Ola Adeniyi, whom Pittsburgh claimed on waivers this week, did not pass his physical with the Steelers and is now a free agent.

Adeniyi was waived by the Tennessee Titans Monday. Pittsburgh attempted to sign him, even setting up a locker for him. But he had some sort of injury that doctors could not clear him over and he will not reunite with Pittsburgh. It’s unknown the injury or issue that prevented him from signing. Schefter notes the Steelers did try to claim him off waivers so this was ostensibly a move to place him on the 53-man roster. Now, it’s a moot point.

UPDATE (11:41 AM): Schefter has corrected himself and noted the Steelers never tried to claim Adeniyi off waivers, attempting to sign him after he cleared instead.

Correction: former Titans’ LB Ola Adeniyi wasn’t claimed on waivers, but planned to sign with Pittsburgh until his failed physical there.

An undrafted free agent in 2018, Adeniyi spent his first three years with the team before signing with Tennessee in 2020. He appeared in just a handful of games this season, recording three tackles with the Titans.

From 2018-2020 with the Steelers, he recorded 25 tackles and three forced fumbles, serving as a rotational backup outside linebacker and special teamer.

Backing up T.J. Watt and Alex Highsmith on the 53-man roster are Malik Reed and Jamir Jones. Reed was a surprise inactive in Sunday’s loss to the Baltimore Ravens but was not listed on the team’s Wednesday injury report.