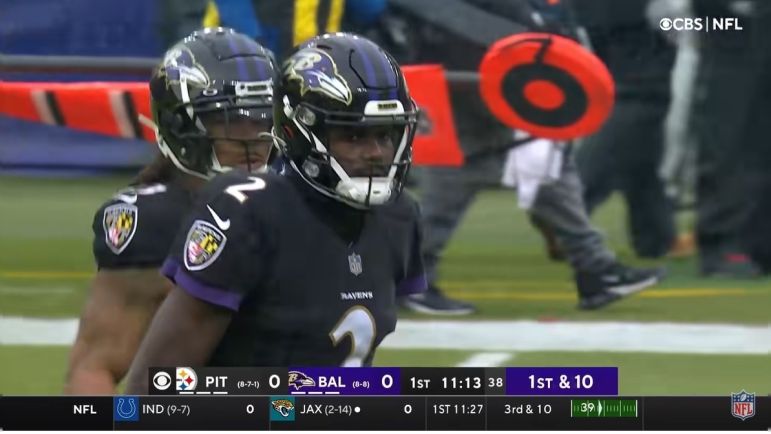 The unlikelihood of facing Lamar Jackson this weekend shouldn’t make the Pittsburgh Steelers’ front four too comfortable. Tyler Huntley isn’t Jackson but he does a pretty good impression. We’re talking Bill Hader/Alan Alda levels of good. Robert Spillane knows it and for a variety of reasons, understands the Steelers’ pass rush will have their hands full.

“I think he does a good job with rhythm passing, getting the ball out on time,” Spillane told reporters via The Trib’s Chris Adamski. “Negating the pass rush. Giving his guys chances to make tacklers miss.”

Robert Spillane on the Ravens’ offense not changing regardless of the starting QB pic.twitter.com/fAikBjDX35

Huntley is expected to replace Jackson as the Ravens’ starter this weekend after Jackson suffered a PCL sprain early in last Sunday’s win over the Denver Broncos. Huntley relieved him and completed 27 of 32 passes but was held under 200 yards and didn’t throw a touchdown. However, he made the only end zone trip of the game, running in from two yards out in the waning seconds to beat the Broncos 10-9.

Cut from a similar cloth, Huntley is big, strong, and mobile but to Spillane’s point, also gets the ball out on time. That’s how he was able to have an extremely high completion percentage in Week 13. In four starts last year, he completed a respectable 65% of his passes, having a 70%+ completion rate in three of his appearances.

His mobility also makes rushing the passer tough. The fine line between looking to pressure the quarterback versus maintaining your lane and keeping him confined to the pocket. In 2021, he averaged well over six yards per rush. The Ravens have a clearly defined system and mobile quarterbacks in the hopper, everyone from Robert Griffin III to Trace McSorley to Huntley, all ready to go if (and more recently, when) Jackson gets hurt. Their production takes a hit but their style and scheme remains unchanged.

“He has the ability to run that sort of offense,” Spillane said.

Pittsburgh’s pass rush has struggled all year with just 23 sacks. T.J. Watt’s return has helped but even with him, the Steelers haven’t gotten after the quarterback in bunches. They’ll have to find more ways to make splash plays this weekend. That doesn’t always mean getting to the quarterback. It can mean getting hands up in throwing lanes and batting and tipping passes, something Watt excels at while Cameron Heyward is as aware as any defensive lineman in football at getting his hands up. He’s due for a deflection or two.