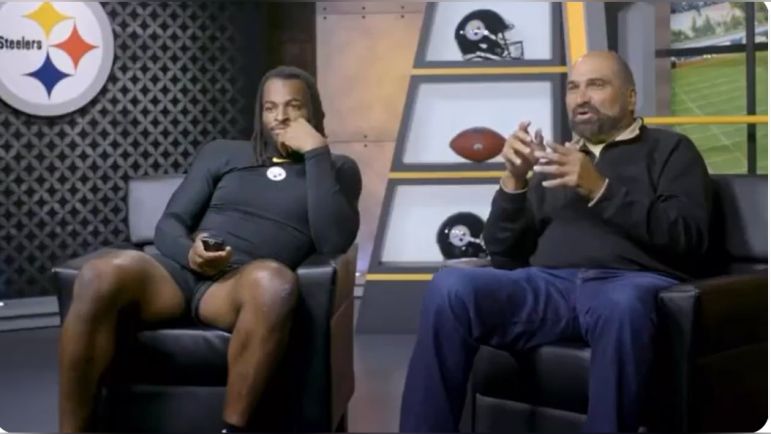 Since Franco Harris’ shocking death, I’ve focused largely on those who knew him best, teammates and close friends, to remember and honor his legacy. But a story Rich Eisen told yesterday was too good not to share and sums up the type of man Harris was.

Eisen is in Pittsburgh to call tonight’s Steelers/Raiders games for NFL Network and he spent time in the Steelers’ facility as part of his pre-production meetings. It included a sitdown with Mike Tomlin who passed along this story of Harris’ unselfish and giving attitude. During yesterday’s Rich Eisen Show, he told the story of Najee Harris hosting one of his first charity events last year, inviting Mike Tomlin because of Harris’ uncertainty of how the event will go and wanting a familiar face to help guide him.

“And Tomlin said, ‘of course.'” Eisen said. “And he goes and he says about 15 minutes into the night, unannounced, Franco Harris and his wife walk in the room. Franco wanted to be there for Najee on this night. And was at his hip. Tomlin was on one hip that night and Franco was on the other hip that night to be there for Najee and walk around. And he stayed until the very end.”

Even after retiring, Franco remained close to the city of Pittsburgh. He opened up small businesses, got involved in community work, and always made time to support current Steelers. He seemed to especially form a close relationship with Najee Harris and the two have been involved in charity events and promos – they just filmed a sitdown of them watching tape of each other – and Najee has always had big praise for Franco.

Shortly after his death, Najee tweeted out this photo of the two of them with a caption that in part read, “he was a icon and a role model to so many people.”

Rest In Peace to a great man who showed so much support for me. He was way more than just a athlete he was a icon and a role model to so many people. pic.twitter.com/tqsbDZptpE

Tonight, #22 will honor #32 as the Steelers retire Franco Harris’ jersey at halftime. But his impact goes well beyond how many yards he had, how many touchdowns he scored, heck, how many Super Bowl trophies he put in cases. The measure of his impact goes well beyond the playing field. It was in how he made people feel, the time he gave, a willingness to help even when it wasn’t asked and certainly wasn’t required. That will be Franco Harris’ legacy, told in stories like the ones shared by Tomlin and Eisen and ones that be will passed down as part of Steelers’ history.