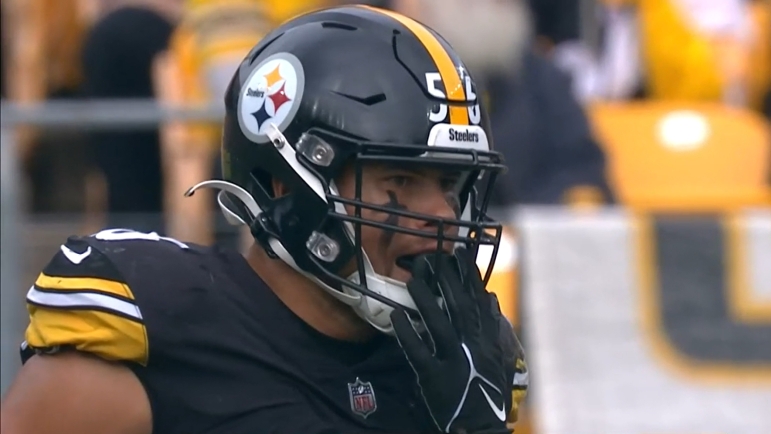 Long gone are the bloodbath-type battles between the Ravens and Steelers featuring a plethora of Hall Of Famers, both already enshrined and some deservedly so. Think Joey Porter trying to storm the Ravens’ team bus to confront Ray Lewis, or Hines Ward’s crushing block on Ed Reed. Terrell Suggs, James Harrison, Haloti Ngata, Ben Roethlisberger, the list goes on and on in what arguably is the fiercest rivalry in the NFL.

The names have changed but the bad feelings remain, and one constant that remains is the stellar play of the Pittsburgh linebackers, at least on the outside. On one side, we all know what we have in T.J. Watt, and that’s an unrelenting, balls-to-the-wall style which saw him wrap up the DPOY last season after tying the league record of 22.5 sacks.

Watt has been injured for the majority of the 2022 campaign thus far, and out of his shadow has been the surprising play of his running mate, Alex Highsmith. He got the season kicked off by sacking Bengals QB Joe Burrow three times, and his play certainly has the attention of Ravens Offensive Coordinator Greg Roman ahead of Sunday’s divisional showdown.

“The outside guys, Watt, obviously and number 56 Alex Highsmith has really upped his game, too,” Roman said via a Ravens team transcript. “That defense really starts with the edge guys, going back to Kevin Greene, Greg Lloyd and those guys, etc. through the years, but I think they’ve really fortified themselves.”

Highsmith, now in his third season after being selected in the third round back in 2020 out of Charlotte, has already amassed 10 sacks this season, and is tied for the league-lead with four forced fumbles. He was recently named the AFC Defensive Player of the Week and arguably is headed for his first Pro Bowl nomination. And after doubling his sack output from his first two seasons combined, Highsmith could be looking at a nice contract extension this offseason, and deservedly so.

On a defense featuring multiple All-Pro’s like Watt, Cameron Heyward and Minkah Fitzpatrick, it’s clear to all that Highsmith is also a name that teams need to game plan for.

”I think they play well together. It’s going to be a challenge, really, to run and pass against these guys.”