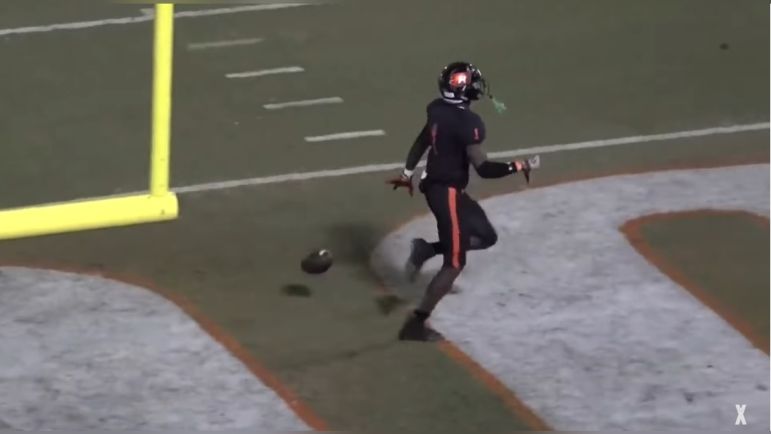 It will be a sort of semi-reunion for Pittsburgh Steelers rookie wide receiver George Pickens and Baltimore Ravens cornerback Marlon Humphrey this Sunday afternoon. Both Pickens and Humphrey attended Hoover High School in Alabama, and it will be the first time Humphrey is facing a fellow Hoover alum according to ESPN’s Jamison Hensley.

Ravens CB Marlon Humphrey will face someone from his high school (Hoover in Birmingham) for the first time in the NFL when he goes against Steelers WR George Pickens.

"Hopefully he doesn't put me on my butt with his NBA young boy style," Humphrey said.

Because of this, Humphrey is very excited to face another Hoover product, but also expressed some fear of Pickens ability when he was speaking with the Ravens media today.

“Hopefully he doesn’t put me on my butt with his NBA YoungBoy style” Humphrey said jokingly.

"Hopefully he doesn't put me on my butt with his NBA YoungBoy style."

Humphrey says Pickens is a really great player and it's great to see another guy from where he's from in the big leagues #RavensFlock pic.twitter.com/pvHGIm3VFt

For those unfamiliar with NBA YoungBoy, he is a rapper from Baton Rouge, LA who became part of a viral trend when people made TikToks imitating/making fun of the way he acts. His aggressive style led people to walk around with their shoulders leaned forward, just how Pickens looked in his famous NFL Draft photo.

While neither Pickens or Humphrey played together at Hoover, with Pickens graduating in 2019 and Humphrey in 2014, both put up crazy numbers at Hoover. In Pickens senior year, according to Max Preps, he had 25 catches in five games for 654 yards. He averaged an insane 130.8 yards per game and helped out Hoover with seven touchdowns that season. In Humphrey’s three years starting at Hoover, 247Sports has him down for 13 interceptions, three pick sixes, 24 pass breakups, and two fumble recoveries.

In addition to making plays as a receiver, Pickens has gone viral for what he’s done as a blocker. Cornerbacks beware.

Both Pickens and Humphrey are incredible talents and the fact both came out of the same high school is incredible. While there will certainly be love between the two after the game, reflecting on how far they have come since high school, during the game there will not. Will Pickens be able to create another viral moment, this time over a fellow Hoover alum? That is just one new storyline to add to the already many between the Steelers and Ravens.