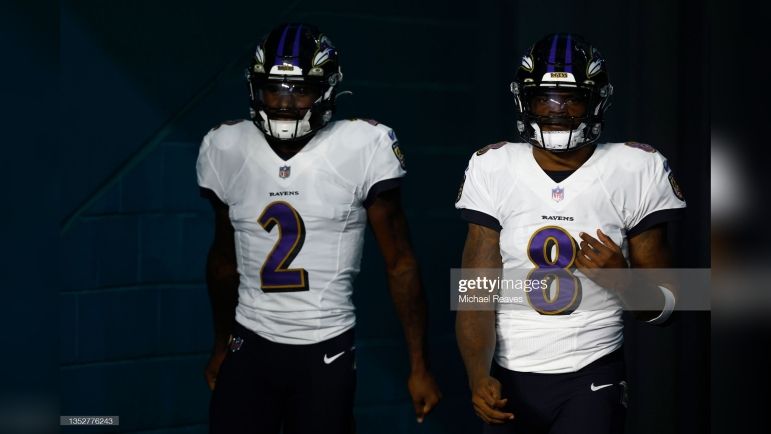 Baltimore Ravens quarterback Lamar Jackson has only played the Pittsburgh Steelers as a starter three times thus far in his career. He has missed one game against the AFC North rival in each of the past three seasons, and did not face them as a starter in his rookie season.

He is 1-2 in those games, and his one victory came in 2019 in overtime in the game in which Mason Rudolph at quarterback was knocked out of the game with a concussion and replaced with free agent rookie Devlin Hodges, who had never played a snap before.

In other words, the Steelers are capable of beating the Ravens with Jackson under center. But they’d still probably find it a bit easier to win if he’s not out there. They’re currently riding a four-game winning streak against Baltimore, the longest they have had since 2003 and tied for the longest either team has had since 2016.

And in spite of the uncertainty under center right now, Ravens head coach John Harbaugh understands that that does not much affect either team’s preparation. Because the Ravens run the exact same offense with backup Tyler Huntley under center, who has a very similar skillset to Jackson.

“They be preparing for both guys I would think,” he told reporters yesterday about Pittsburgh’s pre-game planning, via the teams’ website. “Both guys play a similar game; we run the same basic offense with both players, so it’s not really going to change anything in terms of preparation I don’t think.”

A former college free agent out of Utah, Huntley has played a fair bit of football by now, starting the last four games of the 2021 season for the Ravens after Jackson was injured. He has completed 152 of 225 pass attempts in his career for 1283 yards with three touchdown passes to five interceptions, with three rushing touchdowns on 67 rushes for 358 yards.

The numbers don’t necessarily paint the full picture of Huntley’s game, however—frankly, they look worse than you would think if you actually watch him play. He’s been one of the great preseason players in the league in recent years as well, though ask Joshua Dobbs how much that gets you.

Still, the point is that Huntley’s game is very similar to Jackson’s from a repertoire standpoint. Jackson obviously executes at a higher level and is less prone to inconsistency, which is why one is the starter and the other is the backup.

But while it makes their prep work easier, it also makes it easier for the Ravens, who don’t have to make any adjustments in their offense to accommodate for the change at quarterback. We saw last week when he took over for Jackson after his injury that it was the same old Ravens offense. That’s what they’ll be facing on Sunday regardless of who’s under center.