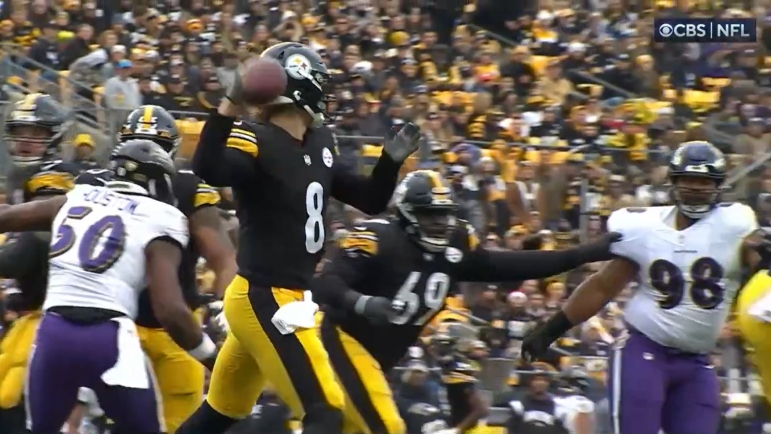 The Pittsburgh Steelers announced a pair of updates to their Week 15 injury report, ruling out QB Kenny Pickett (concussion) while upgrading LB Myles Jack (groin) from doubtful to questionable for tomorrow’s game against the Carolina Panthers.

QB Kenny Pickett (concussion) has been downgraded to OUT and LB Myles Jack (groin) has been upgraded to questionable for Sunday’s game against the Panthers.

Pickett’s news was expected with reports earlier today Mitch Trubisky would start tomorrow’s game against the Panthers. Pickett suffered the concussion early in Week 14’s loss to the Baltimore Ravens. Trubisky threw three interceptions in relief and competed with Mason Rudolph during this week of practice. But the team has confirmed Trubisky will start.

Jack has battled injuries as the year has worn on. Originally listed as doubtful, it didn’t seem like he was going to play. But the upgrade to questionable gives him a real shot. If he dresses, rookie LB Mark Robinson is likely to be inactive again. However, even if Jack dresses, the team could lean on Robert Spillane against the run-heavy Panthers.

On the season, Jack has started 12 games and recorded 100 tackles. He signed a two-year deal after being released by the Jacksonville Jaguars earlier in the offseason.