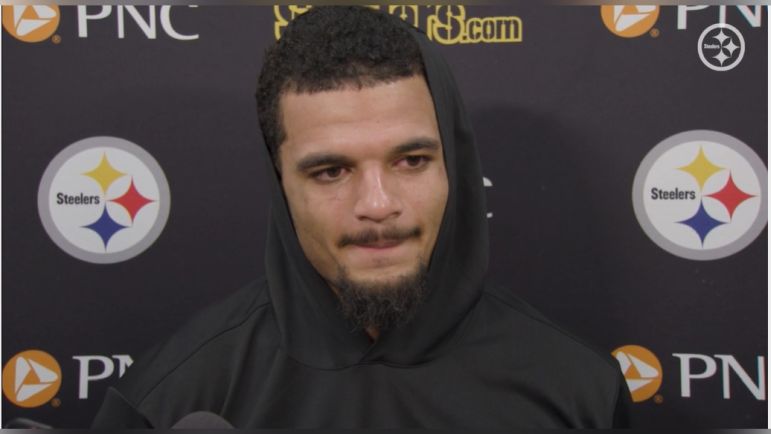 For Minkah Fitzpatrick, the secret is there is no secret. No hidden reason why the Pittsburgh Steelers’ defense has played like it’s supposed to since the bye. Of course, getting T.J. Watt back and being healthy overall is an obvious key. Beyond that, the defense is just doing what they’re being asked to do.

“People just doing their job and playing the play out,” Fitzpatrick told reporters via Steelers.com about the team’s recent success. “That’s what wins games. That’s what allows you to play good defense. It’s not the people doing extra and stepping outside of their bounds, it’s just everybody doing their job.”

After allowing an opening-drive touchdown, the Steelers’ defense put the clamps down the rest of the way, holding the Las Vegas Raiders’ offense to three points the rest of the way and a goose egg in the second half. A Raiders’ offense that was no slouch either, entering the game 10th in points per game getting back top weapons in TE Darren Waller and Hunter Renfrow.

One thing Pittsburgh’s always done well under Mike Tomlin is to take away the opponent’s superstars. Saturday night, that was WR Davante Adams and RB Josh Jacobs. Adams was held to two catches for 15 yards while Jacobs had just 44 yards and a season-low 2.9 yards per carry. Las Vegas had just two plays gaining more than 15 yards and only one past 20 as the Steelers’ defense got stop-after-stop in the second half.

Takeaways played a key role in the defensive success, picking off QB Derek Carr three times. For Fitzpatrick, that’s a byproduct of every man executing his assignment.

“Those extra plays and those other things, it’s coming along as you get a feel for the game.”

As good as the Steelers’ defense has been, they’ll get a chance to redeem themselves Sunday night when they take on the Baltimore Ravens. Even without Lamar Jackson, the Ravens ran for more than 200 yards just three weeks ago in a two-point win over the Steelers. Now, Jackson has a 50/50 shot to play and Pittsburgh will have to prove they can minimize one of the league’s best run games.