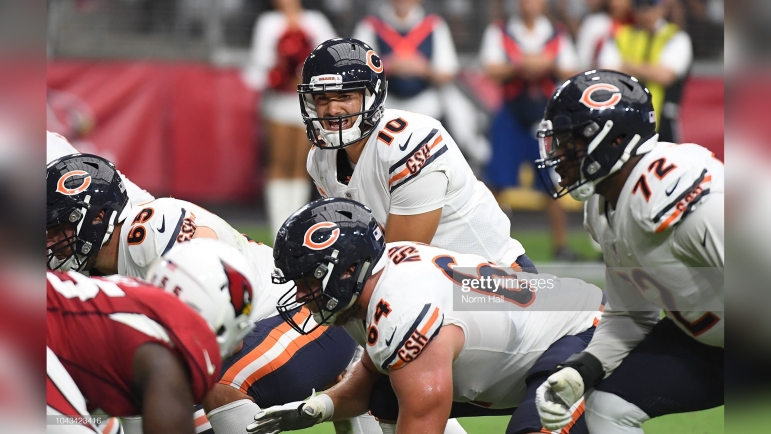 When it comes to the Pittsburgh Steelers’ starting quarterback position, does it really matter whose name goes there as long as that name isn’t Kenny Pickett? Are there really worlds apart between Mitch Trubisky and Mason Rudolph?

Yes, at this point we know what the plan is supposed to be, at least as far as the team is willing to communicate, but the variables can always change as things progress. I don’t think anybody expected Pickett to be playing the second half in week four, even at kickoff.

And as far as the Carolina Panthers go, interim head coach Steve Wilks can’t afford to take either option lightly, or at least so he thinks. A former head coach of the Arizona Cardinals and defensive coordinator for the Cleveland Browns, he’s coached against them in the past.

“When you look at Rudolph as well as Trubisky, they both are more than capable of going out and executing and running this offense”, he told reporters last week, via the Steelers’ website. “I have had the pleasure of coaching against these guys on several occasions and I’ve gotten beaten by them”.

Okay, so how true is that? Let’s see. He did coach against Trubisky as a starter in 2018 with the Cardinals, and he did lose that game. The Chicago Bears won with a fourth-quarter field goal, Trubisky going 24-for-35 for 220 yards and an interception in a 16-14 win.

As for Rudolph, well…he was the Browns’ defensive coordinator in 2019. He lost to the Steelers once that year, but Devlin Hodges started and finished that game. And it was the rematch to a Browns win—perhaps the most infamous in history, which ended with Myles Garrett smashing Mason Rudolph’s own helmet over the quarterback’s head.

So technically he has lost to a team Rudolph was on, but he likely is forgetting that Rudolph didn’t play in that game. He’s actually 1-0 against him as a starter. And Rudolph threw four interceptions in that game, by far the worst of his career, going 23-for-44 for 221 yards and a touchdown (to Jaylen Samuels, naturally).

Wilks might not have a Myles Garrett on his roster in Carolina, but he does have plenty of defensive talent, including some good cornerbacks who will make it difficult for the Steelers to move the ball through the air, regardless of who is under center.

The Panthers have only allowed 62 points in their past four games, an average of 15.5 points per game, a significant improvement compared to where they were beforehand. They allowed 25.3 points per game in the first nine games prior to this run, so it’s not the best time to be running into them. But it’s not like they have a choice.