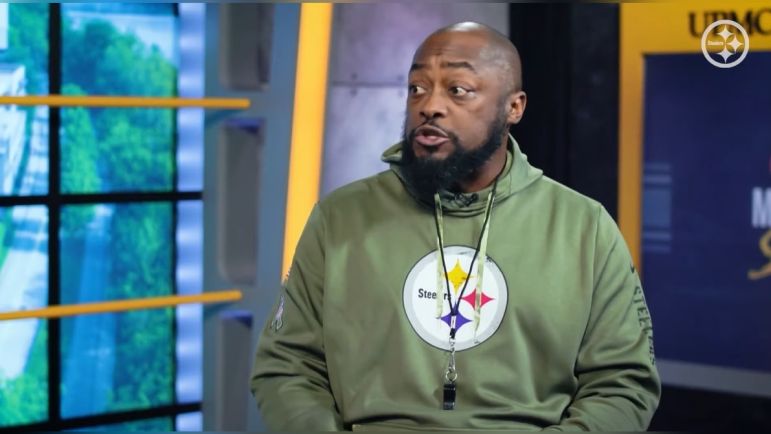 Despite never being on the same coaching staff as Pittsburgh Steelers head coach Mike Tomlin, Carolina Panthers interim head coach Steve Wilks has high praises for Tomlin. Wilks has never faced off against Tomlin as a head coach either but has spent time prepping for Tomlin-coached teams as a member of the San Diego Chargers, Cleveland Browns, and Panthers.

On Monday, Wilks spoke with the Carolina media and was asked to describe Tomlin as a coach.

“I think he’s smart,” Wilks replied via the Panthers’ team site. “I think, he’s highly intelligent. I think his players feed off of him. I think he is well prepared, and his players and his team are well prepared. So, when you look at his body of work and things that he has accomplished at an early age in his career and continue to be consistent which we all strive for I think is phenomenal.”

Since Tomlin has been the head coach of the Pittsburgh Steelers he has been one of the best coaches in the league and has led the Steelers to an outstanding 159-93-2 record in only 16 years. He has also won a Lombardi Trophy and has gotten to another Super Bowl.

While things are not great in Pittsburgh currently, the Steelers certainly have a great leader and coach in charge to lead them into their next window of contention. While Tomlin certainly has his critics of being a “players coach” and not an “X’s and O’s” guy, almost every player and coach who he has interacted with disagrees.

This Sunday, he gets to take on Wilks who clearly admires Tomlin a lot. In addition, a lot is at stake in this matchup. Not only can the Steelers be mathematically eliminated from the playoffs if they lose and the Patriots win, but also if the Steelers lose it will be their first season with a losing record since 2003. Doing the math here, it would also mean that Tomlin would have his first losing season as a head coach, getting his first head coaching gig with the Steelers in 2007.

While some people believe that the non-losing season record is a cop-out to avoid criticizing Tomlin, I disagree. Not having a losing season in 16 seasons is very impressive and when looking at some of the teams he avoided losing seasons with and even made the playoffs with is impressive. Winning the Super Bowl and playoff success is always the most important and in recent years the Steelers have not had that, but to get a chance to make the Super Bowl you have to do well in the regular season. And Tomlin has consistently done a great job of getting the most out of his team.

In Wilks’ time in the NFL, he has faced off against Tomlin four times and has yet to defeat him. Will Tomlin be able to keep his undefeated record against Wilks, and the Steelers’ playoff hopes alive on Sunday? We’ll just have to wait to find out.