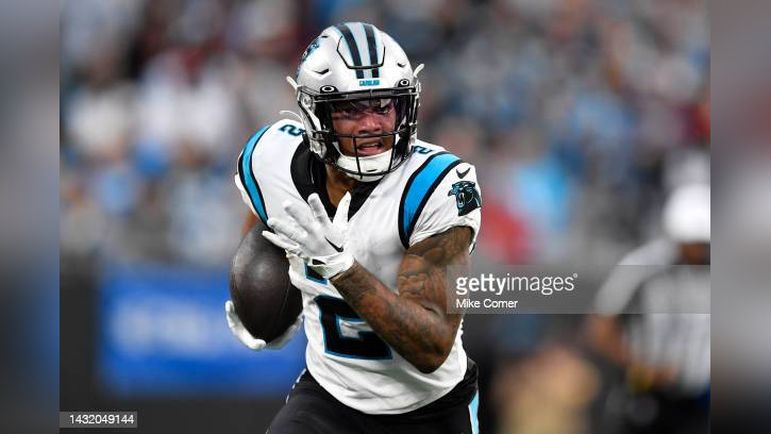 Carolina Panthers’ wide receiver DJ Moore has been downgraded to a limited participant in Friday’s practice and will now enter the weekend as questionable against the Pittsburgh Steelers.

Panthers WR DJ Moore was downgraded to a limited participant in practice today and is questionable to play Sunday against the Steelers.

Moore had been dealing with an ankle injury but one that didn’t seem like was going to impact his status heading into the week. He had practiced in full on Wednesday and Thursday before being downgraded to limited today. Perhaps the Panthers are managing his reps 48 hours before their game or perhaps Moore tweaked the injury.

The team’s top receiver by a considerable margin, Moore has caught 46 passes for 605 yards and four touchdowns this season. He is the only consistent threat in an otherwise weak Panthers’ passing attack and not having him for Sunday’s game would be a serious loss. Still, the Panthers won last Sunday’s game against Seattle despite Moore not catching a pass for the first time in his career. Instead, Carolina racked up over 200 yards on the ground.

But with the probable tag no longer being an option, it’s difficult to gauge if Moore is truly questionable or if he’s still likely to play. Perhaps the team will offer an update tomorrow, that’s become common around the league, or we’ll have to wait until 11:30 AM/EST Sunday for the list of inactives.

Beyond Moore, the Panthers are a relatively healthy team that should have all their starters play against the Steelers. Both teams will release their final Friday injury reports later today. Pittsburgh is expected to be without QB Kenny Pickett due to a concussion.