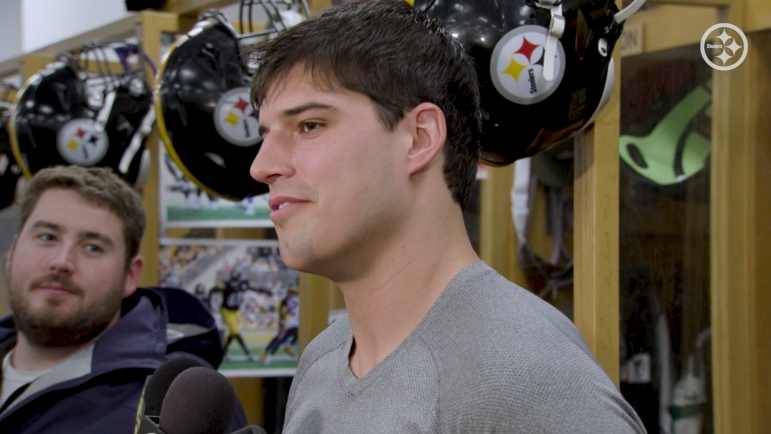 A third-round draft pick back in 2018, Pittsburgh Steelers quarterback Mason Rudolph has played 699 snaps in his NFL career. That surely wasn’t his plan for himself, now in his fifth season. He figured that he would be a starter by now, even if he was drafted to a team who already had a franchise quarterback in Ben Roethlisberger.

With Roethlisberger retiring this offseason, he was told, or so he says, that he would be given a fair shot to compete for the starting job after the team added veteran Mitch Trubisky in free agency and then used its first-round draft pick on Kenny Pickett.

He ended up opening the season as the third-string quarterback after getting very little first-team work in training camp, and none in the preseason. He did do a fine job of it for most of that time, including his preseason work, but at the end of the day, he was left sitting on the bench in street clothes. He has certain feelings about that, as anybody would.

Rudolph has been asked this question or one similar so many times over the years, probably more than is normal for a backup quarterback. Perhaps that’s because the Steelers insinuated that they believed he was worthy of a first-round pick when they drafted him and was viewed as the potential heir apparent to Roethlisberger.

Obviously, Pickett is that guy now, but he still had to assume there was a shot that he would have a chance to compete to play this year. From the outside looking in, it doesn’t really seem as though it was ever a significant competition, the only question really being whether or not the rookie could show a base level of competence to dress on Sundays.

As you likely know if you’re reading this, there is a chance that Pickett misses the team’s next game after suffering his second concussion of the season. In such an event, Rudolph would at least get his first opportunity of the season to dress for a game.

Could head coach Mike Tomlin be open to allowing him to compete to start, however? I’m sure he’ll be asked all about it during his press conference later this afternoon, and it could prove to be an interesting one under the circumstances with Trubisky coming off of a three-interception relief appearance.