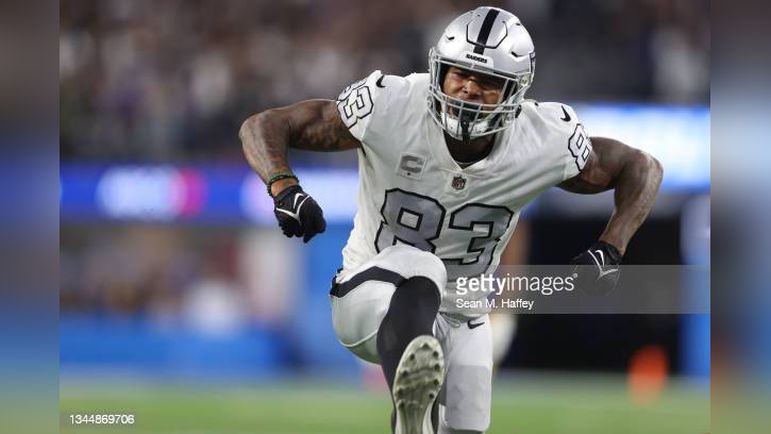 Over the last three games, Atlanta, Baltimore, and Carolina, the Pittsburgh Steelers have had to put on their hard hat on to stop the run. Week 16 against the Las Vegas Raiders will present a slightly different flavor. While Josh Jacobs is another big back and the Raiders certainly can run the ball, it’s a more balanced attack with a more potent passing game. Speaking to reporters Monday, Minkah Fitzpatrick knows Pittsburgh’s gameplan will have to adjust.

“[Josh] Jacobs is a really good running back,” Fitzpatrick said as shared by The Trib’s Chris Adamski. “They’ve [fed] him a lot this year. He’s one of the top rushers in the league right now. But they got a couple of their weapons back in Waller and Renfrow. They’ll smash the run but I definitely expect them to get the ball to their playmakers.”

Fitzpatrick is referring to TE Darren Waller and WR Hunter Renfrow, two key cogs now back in the Raiders’ offense.

Minkah Fitzpatrick on the Steelers facing a string of run-heavy teams – and while the Raiders aren’t entirely that, Josh Jacobs is an elite back pic.twitter.com/g5qfDZ56Yr

Jacobs has proven doubters wrong this season. Entering the year with the Raiders declining his 5th-year option in the offseason with some wondering if he’d be stuck in a timeshare throughout the year. Instead, Jacobs leads the NFL with 1495 yards rushing with 11 rushing scores. He’s run for more than 100 yards in six games this year including an incredible 229 yard showing in Week 12’s win against the Seattle Seahawks, capped off by a game-winning 86 yard overtime touchdown.

“JACOBS IS ON HIS WAY!! THE RAIDERS ARE GONNA WIN THIS GAME!!”

With his success and a lack of depth, Jacobs is one of the league’s top workhorse running backs logging 75% of the team’s snaps this season. That’s up from 63% a year ago.

But to Fitzpatrick’s point, the Raiders’ offense can throw the football with a far more competent quarterback than what the Steelers have faced in several weeks. Derek Carr has thrown 23 touchdowns this season despite not having some of his top weapons. TE Darren Waller missed ten weeks but returned for yesterday’s win over the New England Patriots, catching three passes for 48 yards and a touchdown. Ditto with slot receiver Hunter Renfrow, also returning for Sunday’s game, though his impact was more limited with one catch on three targets.

Still, the Raiders’ top weapon in the pass game is WR Davante Adams, acquired from Green Bay this offseason and reuniting with Carr, his Fresno State teammate. After a bumpy first half to the year, Adams has caught fire as of late with four 100+ yard receiving games over his last seven contests. He leads the NFL with 12 receiving touchdowns and is on pace to finish the year with well more than 1500 yards, essentially equaling what he did last season with the Packers.

Point is, the Raiders’ run and pass game will have the Steelers’ attention this weekend. It won’t be an all-out approach to stop the run the way it was against the Falcons, the Lamar Jackson-less Ravens, or the Panthers. It’ll require a balanced approach. Sunday isn’t winner take all but loser goes home as the Las Vegas and Pittsburgh are 6-8 on the year desperately trying to keep their playoff hopes alive.