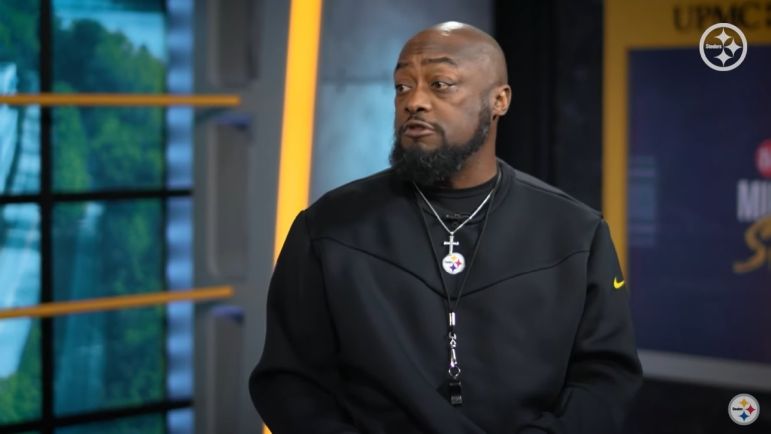 Stop the presses. The end times are near. Mike Tomlin is talking analytics and I don’t know if I have enough canned goods to last me through the winter.

Numbers aren’t needed to understand LB Roquan Smith’s impact to the Baltimore Ravens’ defense, acquired before the trade deadline from the Chicago Bears. But during this week’s Mike Tomlin Show, Tomlin gave host Bob Pompeani some data that matches the eye test.

“Their yards-per-carry and sub-packaged runs have been been reduced by a yard-per-carry,” Tomlin said of Smith’s impact. “And base has been about 0.75 yards per carry. So those are analytical, tangible reasons why.”

What is this sorcery? Tomlin’s using analytics and I’m convinced Hell has frozen over.

For as much as a “gut” guy Tomlin is, there’s some first-hand proof the Steelers’ analytics department does more than get coffee. Tomlin wasn’t the one burning the midnight oil to get those. Those numbers likely come from either Matt Tomsho, OC Matt Canada’s assistant, or someone in the team’s two-man analytics department, Tosin Kazeem or Will Britt. Pittsburgh’s infamous for being light on analytics, receiving one vote in ESPN’s most recent survey as the league’s least analytical group. But there’s evidence of some numbers being used, even if it’s relatively basic stuff that even I could suss out for the Steelers’ defense if I wanted to chart say, Robert Spillane’s impact on the defense.

Still, just as Tomlin mentioned the numbers, he fell back on what he loves the most. The tape.

“You don’t need the numbers. All you gotta do is turn the tape on. He’s a quality player. He is a great communicator. Seems like [LB Patrick Queen] is playing even better now that he has that partner.”

Smith and Queen are a great tandem in the middle with Tomlin calling them the best inside linebacker duo in football. Queen’s improved throughout the year and leads the team in tackles while Smith’s impact has been immediate. Over the last three weeks, neither have left the field, each playing 90%+ of the snaps since Week 16. Against the Steelers in Week 14, both players intercepted Mitch Trubisky deep into Ravens’ territory, crucial plays in a two-point Baltimore victory.

Whether it’s numbers or tape, they all tell the same story. Roquan Smith is an impact player and the Steelers can’t let him change the game the way he did in the first meeting.

Now if you excuse me, I have an underground bunker to make my way into.