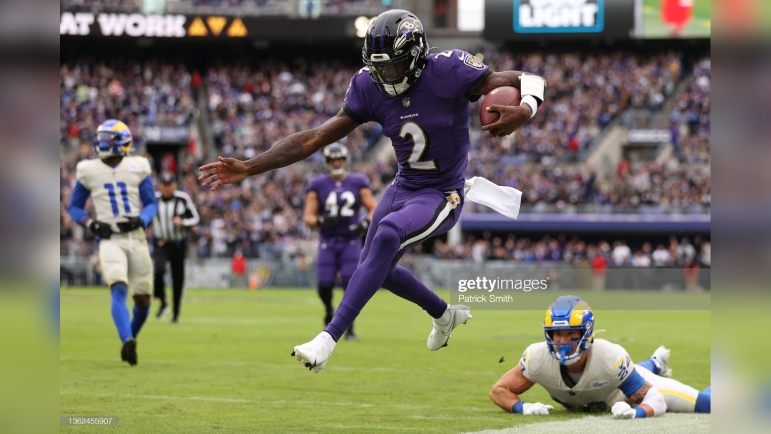 Regardless of who lines up under center across from them on Sunday, it will be somebody with whom the Pittsburgh Steelers have some familiarity. But they have a lot more familiarity with one over the other. Lamar Jackson they know. Tyler Huntley they’ve merely played against, like an appetizer.

“I’ll tell you, one thing I know and learn is that I look at it from his perspective”, head coach Mike Tomlin said of the Baltimore Ravens’ likely starter on Sunday, with Jackson dealing with a PCL sprain. “I would imagine last year’s experience really narrowed his focus as he went into the offseason. He was able to identify tangible areas of his game that he needed to improve, and I’m sure that they were as well”.

Huntley started four games last year and played in seven. He started the season finale against Pittsburgh in a 16-13 loss, throwing for 141 yards on 16-for-31 passing with two interceptions, though he had 72 rushing yards.

“We’re not going to seek comfort or find comfort in the fact that we’ve been in the stadium with him before”, Tomlin assured via the team’s website. “Last year’s exposure for him probably more than anything just tells us we’d better be prepared for a guy that’s significantly better”.

So who is Tyler Huntley in 2022? Well, we don’t know too much just yet. He only just got action last week after Jackson’s injury. In that effort, he completed 27 of 32 pass attempts for 187 yards, throwing one interception but also scoring the game-winning touchdown with his legs on 10 rushes for 41 yards.

But of course that’s the preseason. Yet he also has a wealth of experience playing in meaningful games now, even if this will be his first start of the year. the important thing is that he got playing time last year and had the offseason to learn and grow from it.

“When you’ve played and you’ve had experience, and you’re no longer speculating. He’s not speculating what it’s like to be in a stadium against the Pittsburgh Steelers; he has that experience in his hip pocket”, Tomlin said. “We’d better assume that he’s going to be significantly better”.

That’s the only sane approach, anyway. No matter who the opposing quarterback is, you have to respect the potential for him to throw the ball over your head, or run past you depending on what his skill set dictates. Huntley has the profile to do both.