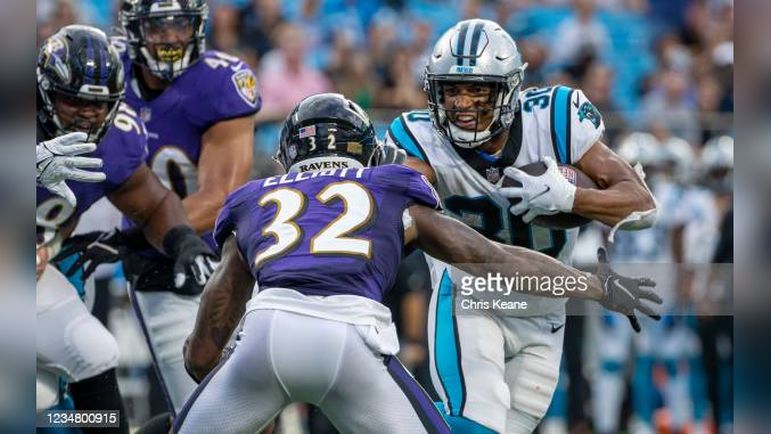 After two bad outings defending the run in a row, the Pittsburgh Steelers are taking on another run heavy team on Sunday in the Carolina Panthers. With defensive lineman Chris Wormley out with an ACL injury the task of stopping the run becomes even more difficult.

Speaking to Bob Pompeani on the Mike Tomlin show, broadcasted on the Steelers YouTube channel, Steelers head coach Mike Tomlin said he believes the best way to stop the Panthers run game is to put them in a hole early.

“They’ve [Carolina] leaned on it [the run game] the last two weeks because they’ve been in control of games and they’ve had leads,” said Tomlin. “Baltimore was in front of them and it kind of changed the perspective of that a little bit three weeks ago. So it’s important that we maintain control of the game, that we score points early, that we minimize their ability to get in that mode, if you will.”

In the Panthers last two matchups they led each game for the entire 60 minutes. This allowed them to impose their will and run the football, registering 46 rushing attempts against both the Denver Broncos and Seattle Seahawks.

However, when you look at their game against the Baltimore Ravens, as Tomlin said, because they got down the Panthers did not run the ball much or effectively. In that game, the Panthers ran it only 17 times for a pitiful 2.1 yards per carry. This was because Baltimore got up on them early, even though it was not by that much, with the game finishing with a score of 13-3.

This shows that when Carolina gets down, they get a sense of urgency to get back in the game and disregard their run game. Because of this, it is critical for Pittsburgh to get ahead early on and force Sam Darnold to beat them.

Expect offensive coordinator Matt Canada to channel quarterback Mitch Trubisky’s aggressiveness early on tomorrow to try and get an early lead. A first drive touchdown could be the difference in this game given the Panthers tendencies and the Steelers struggles stopping the run.