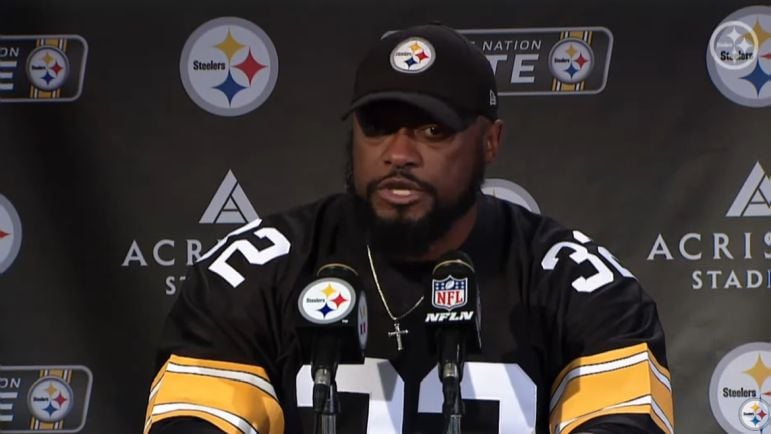 Pittsburgh Steelers rookie QB Kenny Pickett had a rough go for the first 57 minutes, but in the final three he put it all together. Capping his second career game winning drive, Pickett threw his first game winning touchdown to fellow rookie George Pickens with 46 seconds left to give the Steelers a 13-10 victory.

In his postgame press conference live-streamed on the Steelers YouTube page, head coach Mike Tomlin was asked about Pickett’s poise on the game winning drive.

“I don’t think any of us are surprised with those intangible things that Kenny shows us,” said Tomlin. “I think that the proximity that we had to his college experience kind of makes us extremely comfortable about our knowledge of those things. I expect to see it, I think we all expect to see it.”

Pickett, a five-year college athlete at the University of Pittsburgh, shared the same facility as the Steelers for his collegiate career allowing the Steelers to get an up close and personal view of Pickett before any other NFL team.

Pickett led his first game winning drive of his NFL career a little over a month ago when he helped lead the Steelers on a 75-yard touchdown drive at the start of the fourth quarter. That drive ended with a Benny Snell Jr. two-yard rushing touchdown, and the Steelers were not really up against the clock at that point either.

This game was eerily similar to the Steelers loss to the Miami Dolphins back in October. Like this week, Pickett was coming back from a concussion and played below average for most of the game but had a few chances to win it at the end. In Miami, Pickett threw two picks to seal the Steelers defeat.

This shows the growth of Pickett, as on the entire game winning drive, he took what the defense gave him, hitting Najee Harris on check downs to keep pushing the ball down the field instead of trying to force throws into tight windows like he did two months ago.

Because of Pickett’s ability to play smart at the end, the Steelers playoff hopes are alive. While the still need a lot of help, they live to fight another day, and they let all the fans who braved the elements celebrate an emotional victory and honor the life of Franco Harris.