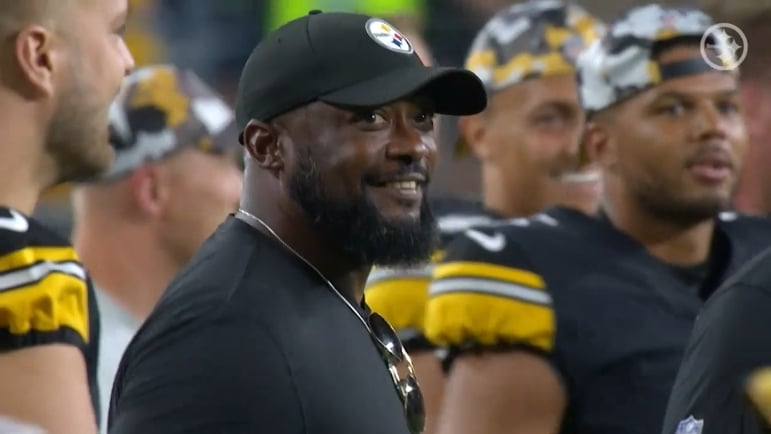 My, how things have changed in a short span of time. The Pittsburgh Steelers were supposed to face the Cincinnati Bengals in a primetime slot back in Week 11, but the league decided to bump them into an evening slot in favor of the Los Angeles Chargers taking on the Kansas City Chiefs.

It was the right call, of course. The Steelers were 3-6, the Bengals were all of 6-4. Both teams have had very good second halves, however. And that’s part of the reason that the league decided to pump Pittsburgh’s divisional game next week against the Baltimore Ravens into primetime. Head coach Mike Tomlin takes it in stride as a demonstration of where they are and how far they’ve come.

“It’s just good to be in significant games. When I got the call the other night that the game was flexed, man, I didn’t hate that. I loved that,” he told reporters yesterday via Steelers.com. “If your games are not getting flexed this time of year, you’re not doing it right. You’re not in significant ones. So we don’t run from that, we run to that.”

As somebody who has to write about these games and thus finds himself writing well into the early morning hours, I’ve come to dislike late-night games, but the timeslot means more eyes on the Steelers, and those eyes are there because of where they are.

Having gone 5-2 since their bye week, Pittsburgh is now one game away from climbing back up to .500, where they haven’t been since Week 2. They are still in the playoff race, although there’s a chance that they could be mathematically eliminated before kickoff.

And it’s something they’ve watched in primetime often enough over the years. In Tomlin’s tenure, they’ve played the Ravens 12 times under the lights, more than any other team. They have only won five of those games, though.

“Although we do respect their environment and the hostility of that environment Sunday Night Football, we’re not going to hate the fact that we’re there,” Tomlin stressed. “We’re going to embrace that and smile in the face of the adversity that those variables create.”

This will only be the fifth primetime game in Baltimore that Tomlin has experienced, though, and he’s 1-3 in the previous four games. The last one was in 2014, a 26-6 loss back in Week 2. And they absolutely cannot afford to lose this one if they harbor any hopes of making good on this being a significant game, something they pride themselves on participating in.