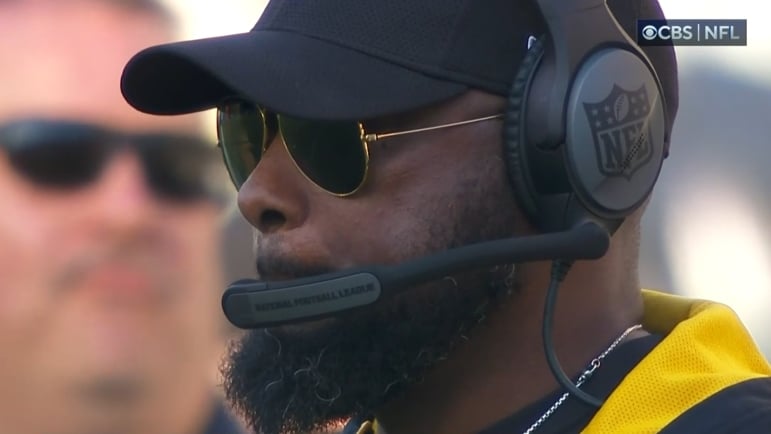 Mike Tomlin is one of the sport’s longest-tenured coaches. And he’s well-compensated for his efforts. According to a December report from the business outlet Sportico, Mike Tomlin is the fifth-highest-paid coach in all of American sports with a salary of $12.5 million per year. He only trails the New England Patriots’ Bill Belichick, the Seattle Seahawks’ Pete Carroll, Los Angeles Rams’ Sean McVay, and NBA San Antonio Spurs’ Gregg Popovich.

Sports Business Journal put together this nice graphic showing the top five (though they misattributed the origin info to Sports Illustrated here).

According to @SInow, here are the top-5 highest-paid American coaches 💰

NFL coach salaries aren’t made public and it’s not entirely clear where Sportico pulled their data from. But assuming it’s true, Tomlin is the fourth-highest-paid coach in the NFL and fifth among all major American sports, the NFL, NCAA, NBA, NHL, and MLB.

Hired in 2007, Tomlin’s Steelers found almost immediate success, winning the franchise’s sixth Super Bowl in 2008 and going back two years later. In his head coaching career, Tomlin boasts a record of 161-93-2 with the second most wins by a head coach in Steelers’ history, only trailing Chuck Noll’s 193. Should Tomlin coach for even another five seasons, he’s likely to jump into first place.

Tomlin last signed a contract extension in April of 2021, a three-year deal that runs through the 2024 season.

“Mike is one of the most successful head coaches in the National Football League, and we are confident in his leadership to continue to lead our team as we work to win another championship,” Team President Art Rooney II said at the time.

While Tomlin’s Steelers are always competitive, clawing back from 3-7 to jump into the playoff race this year, the team’s recent success has been disappointing. They haven’t won a playoff game since 2016, the longest drought since the late 60s-early 70s and have only won the AFC North once over the past five years. That came in 2020 when Pittsburgh started the season 11-0 but faded down the stretch and was upset at home by the Cleveland Browns during the Wild Card game.

But Tomlin is the face of the franchise, especially as the team begins writing a new chapter in the post-Ben Roethlisberger and Kevin Colbert eras. It’s possible Tomlin receives another contract extension this offseason. If he does, he could move up the list into third or fourth place.

Before being hired by Pittsburgh, Tomlin served as the Minnesota Vikings’ defensive coordinator in 2006 while acting as the Tampa Bay Buccaneers’ secondary coach from 2001 to 2005, working under Tony Dungy in his first NFL job.

You can click here to see a complete list of the highest-paid coaches in sports. As expected, the NFL and college football litter the landscape with zero NHL coaches on the list and just a handful from the NBA.