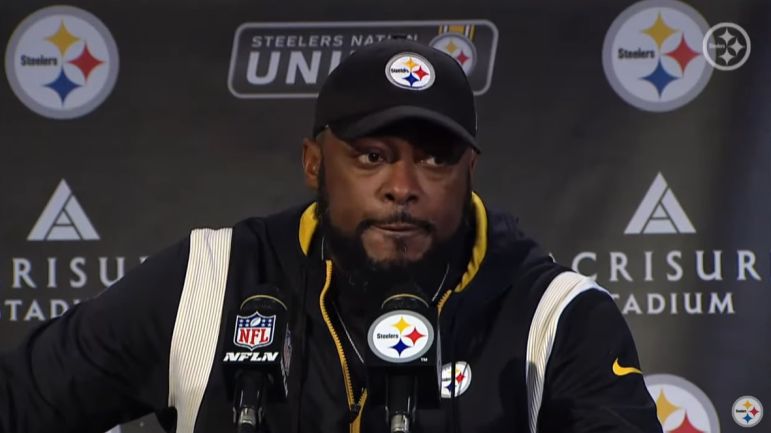 The Pittsburgh Steelers’ hopes of getting back into the playoff hunt hit a bump in the road after losing to the Baltimore Ravens Sunday 16-14. The offense put up only two TDs on the game after QB Kenny Pickett got knocked out of the game with a concussion and Mitch Trubisky came into the game and proceeded to throw three INTs in the contest, ending several promising drives by the offense. The defense didn’t do any better in this one as the Ravens rushed for 215 yards as a team, gashing the Steelers on the ground throughout the game.

When Tomlin was asked about Trubisky’s performance and how he would move the offense down the field, but threw some costly interceptions, Tomlin kept it short and sweet on the lack of execution by his former starting quarterback.

Mitch Trubisky goes deep and gets picked off for a 3rd time today 😭😭😭 pic.twitter.com/kbSmaDgjpb

Throw in a block field goal attempt by Chris Boswell on the Baltimore 22-yard line, Pittsburgh turned the ball over four times in a row as the Ravens extended their lead to two scores. The Steelers did manage to get a TD via a catch by Pat Freiermuth with 2:30 left to play, but the defense couldn’t get the ball back as the Ravens would run out the clock.

It’s one thing when the offense can’t get anything going at all in the second half, but it stings that much more when they drive into enemy territory and are in field goal range but come away with zero picks due to a pick. Should Pittsburgh have converted just one of those drives into points, they would have been able to walk away from this game the victors. However, that’s not the case as their already dim playoff hopes have all but evaporated after today’s loss.