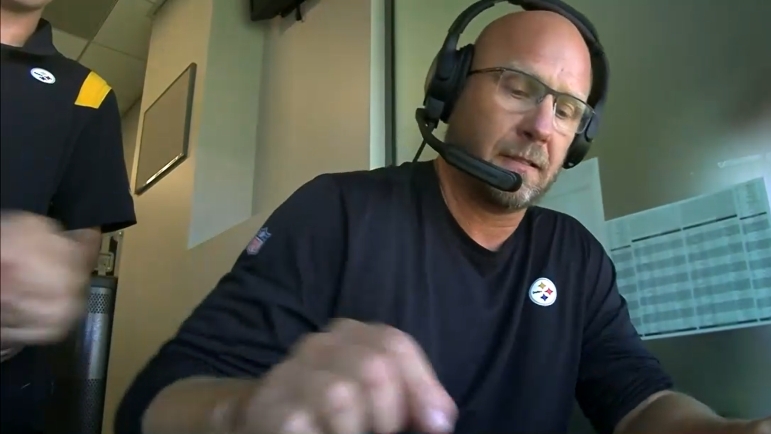 Just over the course of the past four games, the Pittsburgh Steelers have scored a total of 93 points, or over 23 points per game (they never scored more than that in a single game over the first eight weeks). But 62 of those 93 points have come in the first halves of those four games. They’ve only put up 31 points after halftimes. Why is that?

“I don’t think it was adjustments or anything”, offensive coordinator Matt Canada told reporters on Thursday when he was posed a question in that vein. “There are obviously times that that occurs. I feel like we look at it pretty closely”.

Every team in every game makes adjustments whether big or small at halftime, despite what Steelers fans might choose to think, unless of course a fan happens to be within earshot of the head coach and distracts him. As outsiders, we can only evaluate those adjustments based on the results.

“We just have to continue to execute”, Canada insisted regarding how to improve the second-half results. “There are reasons for it, but I don’t have a thing to point to. We just have to be better and when we get in the red zone, we can’t have penalties, we can’t make mistakes, we have to score touchdowns”.

Pittsburgh has run fewer plays and had less time of possession in the second half of games during this streak. They’ve averaged 0.8 fewer yards per play and moved the chains considerably less frequently, though they’ve run the ball a higher percentage of the time.

The team has 363 yards rushing in the first halves, averaging 4.9 yards per attempt with 22 first downs on 74 attempts over the past four weeks. In the second half, their numbers are still good, rushing for 282 yards on 66 attempts with almost 4.3 yards per attempt, 18 first downs, but obviously there has been less efficiency.

What can they do about it? Well, I’m not an offensive coordinator and am not about to pretend to be one. But truth be told I don’t think there’s any reason that they can’t do better. Playing with the lead for most of those games is likely a part of it as well.