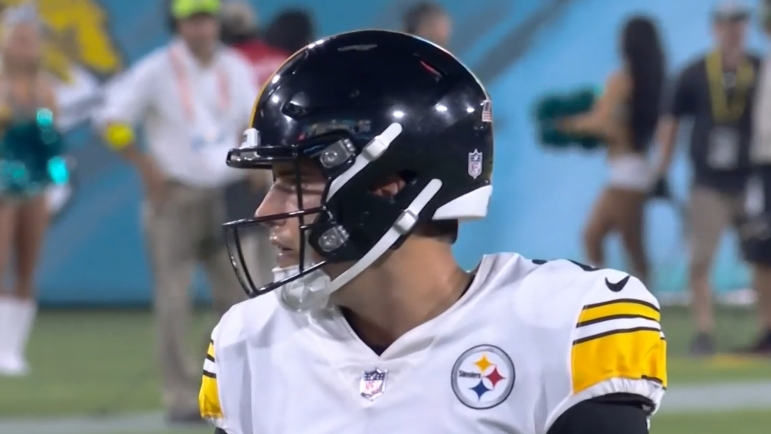 One half of the Pittsburgh Steelers’ QB equation is simple. If Kenny Pickett is cleared through concussion protocol and has enough practice reps, he’ll start this weekend against the Carolina Panthers. But if Pickett is unable to go, it seems like a toss-up who will get the nod, Mitch Trubisky or Mason Rudolph.

Tuesday, Mike Tomlin kept it open-ended as to why is the #2 QB on the team. Trubisky has served in that role since being benched four weeks into the season. But after a three-interception performance in Sunday’s loss to the Baltimore Ravens, it may be a competition for that role. Rudolph said the Steelers told him what Tomlin told the general public. According to the PPG’s Ray Fittipaldo, Rudolph was told it’s an open competition if Pickett doesn’t suit up against the Panthers.

Rudolph said he was told before Tuesday’s news conference that he would be involved in a competition this week if Pickett can’t play.

Rudolph has worked as the team’s #3 QB and gameday inactive all season. Once the only quarterback on the Steelers’ roster early in the offseason, he was quickly passed by Trubisky and Pickett during the spring and summer and opened the regular season third-string.

Trubisky relieved the injured Pickett Sunday and while he moved the offense, he also pushed his unit off the field. Three interceptions, two of which came in or near the red zone, that proved costly in a two-point loss. Pittsburgh hasn’t won a game this season when they turn the football over, a trend that continued against the Ravens.

Pickett practiced in at least limited fashion Wednesday, opening the chance for him to play. He’ll have to work through protocol and get cleared in order to start. If that doesn’t happen, it’s unclear who will start between Trubisky and Rudolph. Neither quarterback is likely to be on the roster in 2023 and both are veteran guys so there isn’t much to learn or gather for next season. As frustrating as it’s probably been for Rudolph, he’s said and done all the right things but made it clear he wants to play.

“I know I’d like the opportunity,” he said via The Trib’s Chris Adamski. “I would look forward to it if I get it.”

Mason Rudolph: "I love this team and I love my teammates," pic.twitter.com/KtoE9174QN

Rudolph also joked about Mike Tomlin’s comments calling him “2A” with Mitch Trubisky this season. In Rudolph’s world, that’s a fancy way of saying third-string.

Does Mason Rudolph feel like it's 2 and 2a with Mitch Trubisky and him, as Tomlin asserted Tuesday?

Rudolph: "I feel like I haven't been active on Sundays."

Pickett’s health will partially decide if Rudolph will get it this weekend. If his health holds him out, then Mike Tomlin and the Steelers will decide which quarterback will get the chance, potentially for the last time wearing a Pittsburgh uniform.