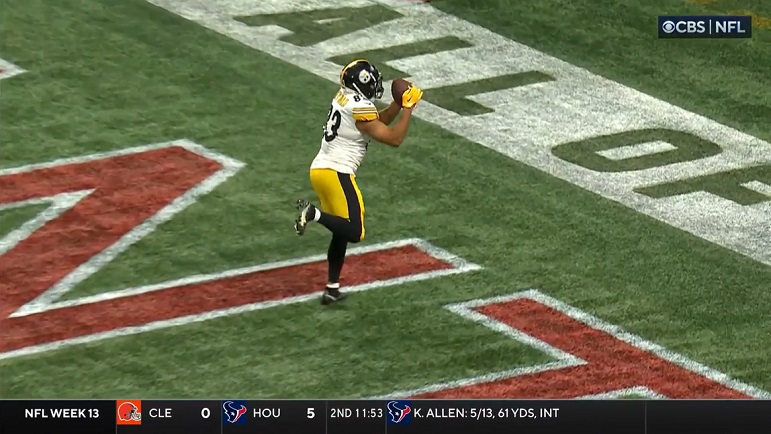 In moments only sports can provide, Connor Heyward’s first career receiving touchdown was strikingly similar to that of his father’s, the late Craig Heyward.

Connor caught the first TD of his career earlier today against the Atlanta Falcons, the team his dad spent three years with. A nice route down the right seam to get open behind the defense for a 17-yard score.

Rewind to November 3rd, 1991. Craig’s Saints team is taking on the Los Angeles Rams and in the first quarter, he releases from the backfield down the right seam, gets behind the defense, and makes the catch for a 22-yard score.

Pictures speak a thousand words so here’s video of each play stacked next to each other.

Some differences, of course, Connor split out as a tight end and not out of the backfield like his dad. Connor ran a great route to get open down the seam while his dad’s seemed a bit more straight-linish. But still, those are two very similar plays.

To be clear, that wasn’t Craig’s first NFL touchdown, he had rushing scores before this, but it was his first through the air. He would go on to catch three more receiving touchdowns. Here’s to Connor grabbing many more.