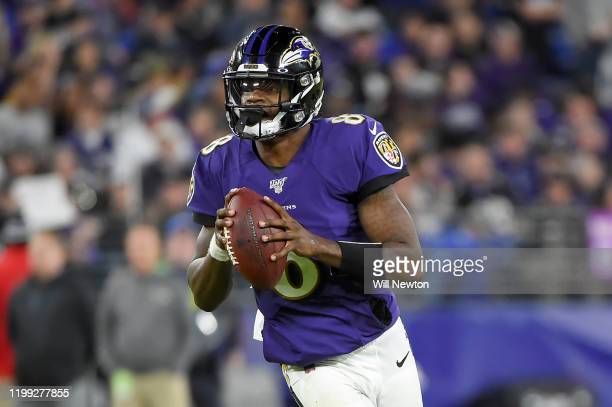 UPDATE: Per NFL Media’s Ian Rapoport, Jackson’s knee injury “is not season-ending.” Jackson will undergo an MRI and other tests tomorrow to determine the severity of the injury, although right now Rapoport said the injury is believed to be a knee sprain.

#Ravens coach John Harbaugh indicates Lamar Jackson’s knee injury is not season ending. He said it’ll be days or weeks. … My understanding is it’s a knee sprain based on initial tests. He’ll have an MRI and other tests tomorrow.

After leaving the game with a knee injury he suffered on a tackle from Denver Broncos linebacker Jonathon Cooper, Baltimore Ravens quarterback Lamar Jackson has been ruled out for the remainder of the game. After the hit, Jackson was briefly checked out in the blue injury tent before heading to the locker room, and he will not return today, per a tweet from the Ravens’ official Twitter account.

QB Lamar Jackson (knee) has been ruled out for the rest of the game.

Obviously, Jackson’s status is something to monitor in Pittsburgh, as the Steelers and Ravens will match up for the first time this season next week. If Jackson, who missed significant time with a knee injury last year, is out next week, Pittsburgh’s chances of beating Baltimore will increase exponentially.

Tyler Huntley, who also replaced Jackson during his absence last year, replaced him again today. Baltimore’s offense, which hasn’t been at its best in recent weeks, struggled even prior to Jackson’s injury, and the Ravens trail the Broncos 6-3 early in the third quarter. He was 3-4 for 11 yards prior to going down.  Over the past few weeks. Jackson has also dealt with a hip injury in addition to a calf injury that limited him in practice earlier this week.

We’ll keep tabs on Jackson’s status throughout the week and we’ll see if he’ll be able to go next Sunday. It will be one of the biggest storylines to follow as the week progresses.