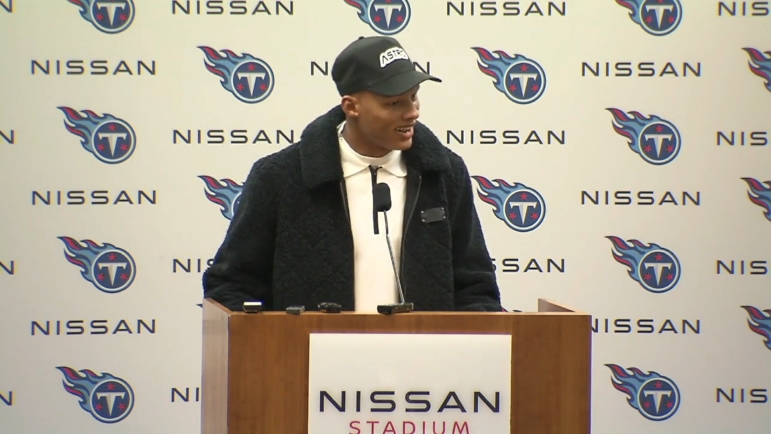 The Tennessee Titans announced yesterday that former Pittsburgh Steelers quarterback Joshua Dobbs would be their starter for their Week 17 game. And then he played that night. It wound up being in a loss to the Dallas Cowboys, but it was an admirable showing for the sixth-year veteran making his first-ever start.

A fourth-round draft pick by Pittsburgh out of Tennessee, he had a yo-yo tenure with the Steelers. He was the third-string quarterback as a rookie, then the backup his second year, and ended up being traded to the Jacksonville Jaguars in Week 2 in 2019 after Mason Rudolph surpassed him on the depth chart. And then they re-signed him in 2020 when he became available again.

Playing behind Ben Roethlisberger throughout that time, Dobbs knew his chances were always slim to make an impact in Pittsburgh. He found his way to Cleveland last year, and spent time with Detroit earlier in 2022 before the Titans signed him on December 21 and started him barely a week later. Finally, his long-awaited opportunity, one he felt he never had prior to now, to show his talents.

“No. I didn’t. Honestly, I didn’t”, he said in his post-game press conference when he was asked straight out if he felt he was ever given the chance to show what he was capable of before. “Just given my circumstances and the lack of opportunity I’ve had, it’s definitely been tough. Especially when you pour everything into it and you don’t get the opportunity, it’s always tough”.

As mentioned, of course, his ‘circumstances’ consisted of being stuck behind a Hall of Fame quarterback who was going to start every game until he retired, which didn’t happen until this year. By then he was already out of Pittsburgh’s plans.

In all, he played 39 offensive snaps in the regular season for the Steelers. He completed 10 of 17 passes for 45 yards with one interception, also rushing for 31 yards on six carries. He had not played in a regular season game since 2020 before last night.

“I was thinking about it earlier today. Your current position is not your destiny”, he said. “You keep working hard, the opportunities will come. You don’t know when they will come, but you for sure better be ready when they do come”.

That opportunity came last night with Ryan Tannehill injured. He completed 20 of 39 passes (suffering from drops by his receivers) for 232 yards with one touchdown (the first of his career) and one interception. He did fumble on a strip sack as well. He rushed for 12 yards on three attempts, but made several nice throws over the course of the game.

Dobbs said that he has not been told whether or not he will start the season finale against the Jaguars, one of his former teams, a game that will decide who wins the AFC South. They have Malik Willis also on the roster, the Titans’ rookie draft pick who started three games earlier this year, including last week.