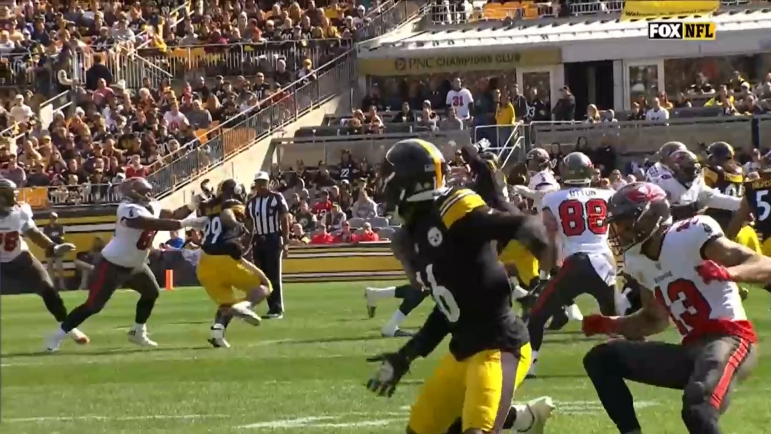 Josh Jackson, who was waived by the Pittsburgh Steelers on Saturday in order to promote Elijah Riley from the 53-man roster, has been claimed off waivers by the Arizona Cardinals. The Cardinals placed long snapper Aaron Brewer on injured reserve to clear a roster spot for Jackson, who had six total tackles in four games and one start with the Steelers. The move was reported by Darren Urban.

.@AZCardinals lose their long snapper, Aaron Brewer, to a pectoral injury. The Cardinals put him on Injured Reserve today.

Replacing him on the roster is cornerback Josh Jackson, claimed off waivers from the Steelers. Jackson was with the Cardinals in the preseason.

Jackson came up from the practice squad earlier in the season and started in the team’s Week 6 win against the Tampa Bay Buccaneers. He was originally a second-round pick by the Green Bay Packers and he spent the preseason with the Cardinals. He returns to Arizona for their final two games of the season as an audition to make the roster for next year, as the Cardinals are out of playoff contention.

In Pittsburgh, Jackson saw his first action on special teams in Pittsburgh’s Week 4 loss to the New York Jets. He had a more significant role in Week 5, when Pittsburgh dealt with injuries in the secondary against Buffalo. He logged 26 defensive snaps against the Bills, with two combined tackles and a fumble recovery in the end zone after a fumble by Buffalo tight end Quintin Morris. He started in Week 6 against the Buccaneers and did a solid job in coverage as Pittsburgh’s secondary, made up of mostly backups, held Tampa Bay and Tom Brady to just 18 points in a 21-18 upset. His final action in Pittsburgh game when he logged four special teams snaps against the Dolphins in Week 7.

Jackson dealt with an ankle injury, but with the secondary getting healthier as the year went on and guys like cornerback James Pierre emerging, there wasn’t as much need for Jackson. With safety Terrell Edmunds missing Saturday night’s 13-10 win over the Las Vegas Raiders with a hamstring injury, the Steelers felt Riley, a safety, was a bigger need than Jackson, and now he winds up with a better opportunity in Arizona.