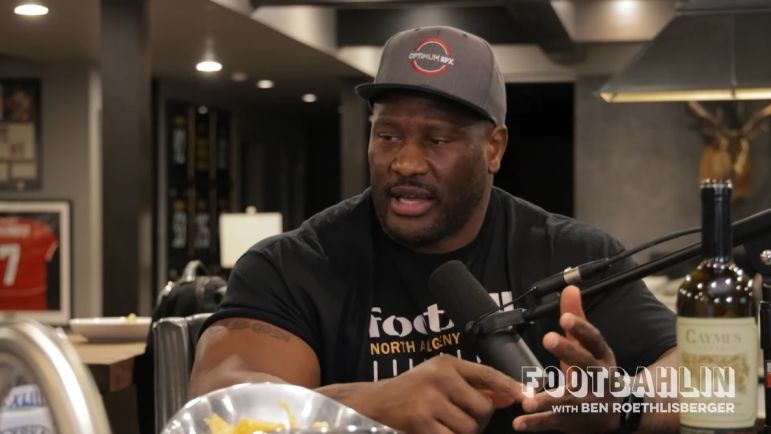 James Harrison and Dick LeBeau couldn’t have had more different personalities. But the two were a perfect match. LeBeau’s aggressive, get-to-the-quarterback scheme paired with Harrison’s alpha mentality and for a stretch of about 2007 to 2012, the Steelers were the most feared defense in football.

Harrison was the latest guest on Ben Roethlisberger’s Footbahlin podcast and talked about what it was like to play for LeBeau.

“Coach LeBeau has never yelled at me, he never cussed me,” Harrison told the show. “But dude, not getting an assignment done or losing contain. Aw, you just felt horrible.”

Under LeBeau, Harrison flourished going from relative unknown to leaving Pittsburgh as the team’s all-time sack leader with 80.5 of them, a record that still stands thanks to T.J. Watt’s pec injury that’s sidelined him for most of the year. Watt remains seven behind Harrison’s mark.

LeBeau served as the Steelers’ defensive coordinator in 1995 and 1996 before leaving for Cincinnati. He returned in 2004 and helped Pittsburgh win two Super Bowl rings, both championships in 2005 and 2008 on the backs of all-time Steelers’ defenses. Harrison was a backup and special teamer for the first one but their leader for the second. And LeBeau’s scheme maximized his and the rest of the talent that made that group up. Harrison says he was the one guy you didn’t want to let down.

LeBeau was soft-spoken and old-school. There aren’t any other defensive coordinators in history who would annually read his team The Night Before Christmas. But that was LeBeau. A great player in his own right for the Detroit Lions, he’s credited with creating and popularizing the Fire Zone, a chaotic-looking zone scheme that made life hell on quarterbacks. For an incredible career, LeBeau was inducted into the Hall of Fame in 2010. He was the trifecta. A Hall of Fame player, coach, and person who loved his players and his players loved him.