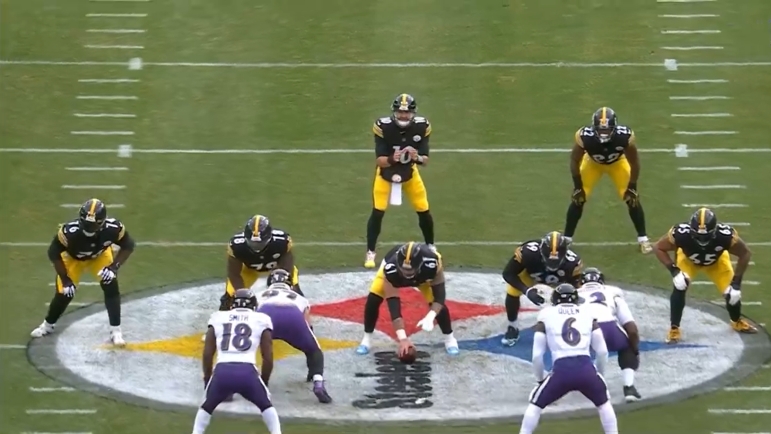 With rookie quarterback Kenny Pickett in the concussion protocol ahead of the Week 15 matchup against the Carolina Panthers, and the Pittsburgh Steelers coming off of a rather 16-14 painful loss to the Baltimore Ravens at Acrisure Stadium in Week 14, head coach Mike Tomlin wouldn’t commit to a starter under center all week long.

That led to an interesting decision to split first-team reps between quarterbacks Mitch Trubisky and Mason Rudolph throughout the week at the UPMC Rooney Sports Complex on the South Side ahead of the matchup with the Panthers.

Of course, Trubisky has been the starting quarterback before for the Steelers this season, but Rudolph has been inactive all season long as the No. 3 in the Steel City. According to second-year offensive coordinator Matt Canada, the decision to split the reps this week was to have both guys ready to go in case of injury, avoiding what happened in Week 14 against the Ravens, but in a must-win situation with the season on the line for the Steelers, it was rather curious to see both Trubisky and Rudolph getting first-team reps in practice and the Steelers not committing to one or the other.

That likely had a lot to do with Trubisky’s dreadful performance against the Ravens in relief, throwing three costly interceptions that ultimately doomed the Steelers on the day.

For the veteran quarterback though, the split reps and the uncertainty entering gameday isn’t a big deal. In fact, Trubisky called the split reps “natural” for him, according to video on Twitter via the Tribune-Review’s Chris Adamski.

“It felt really natural [split reps],” Trubisky said to reporters, according to video via Adamski. “In and out of practice, divvying up the reps. You’re still playing each rep one play at a time, switching off. We were both locked into the gameplan. The quarterbacks have really gotten close over the year, so we were just supporting each other, competing all week, so we’ll see where it takes us.

“I thought we all had a great week of practice.”

The concerns with the split first-team reps throughout the week are more of a concern outside of the room for the media and fans than it is for the players themselves. They split reps during training camp, so it’s really nothing new overall. It still remains rather curious though that instead of getting one of Trubisky or Rudolph ready early in the week as the starter, Tomlin let a competition commence throughout the week, leading to a potential decision on Saturday, he stated Friday afternoon.

Have a gut feeling it's going to be Mitch Trubisky starting Sunday for the #Steelers with a short leash for Mason Rudolph against the #Panthers.

Similar to how 2019 unfolded with Rudolph in Cincinnati and Mike Tomlin going to Duck Hodges.

The most likely scenario on Sunday in Carolina is that Trubisky is the starter but has a short leash, which could lead to a quick hook for Rudolph as the backup. It’s something Tomlin has done in the past, including earlier this year with Trubisky and Pickett, and even in 2019 when he flipped back and forth between Rudolph and Duck Hodges on the road in Cincinnati and later in the year against the New York Jets.