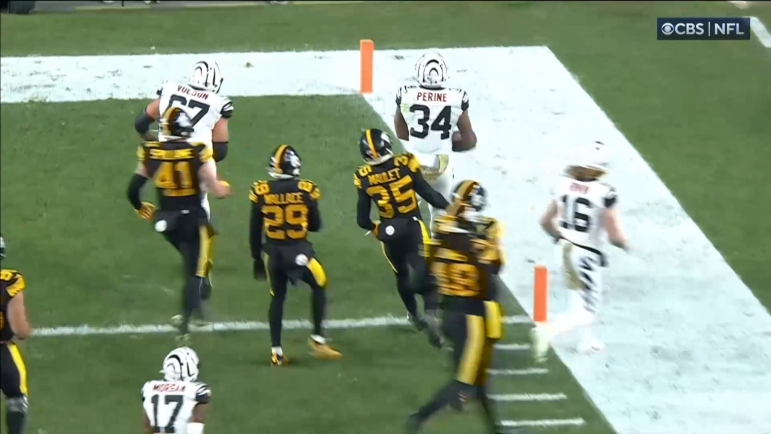 The Pittsburgh Steelers could be mathematically eliminated from playoff contention this week if they fall to the Carolina Panthers. Worse still (I’m joking; it’s obviously not worse than missing the playoffs), it could afford Steelers head coach Mike Tomlin his first losing season. And it could snowball from there.

If Pittsburgh drops to 5-9 and has a zero percent chance of moving on, then what happens in the final three games of the year? Sure, the coaches can try to get guys going, but will the players fight on? All of them? It’s something former Steelers quarterback Ben Roethlisberger is interested in seeing play out if it comes to that.

“I don’t think there’s quit in the guys,” he said on his Footbahlin podcast. “I don’t expect guys to quit, but it’ll be interesting to see. Maybe nobody will. We won’t know until we watch it.” He added that he hopes nobody does quit.

“I hope that they fight all the way to the end. I assume and think they will. But it’ll be different. It’ll be interesting to have potentially three or four games left in the regular season and know that you’re not potentially going to make it. What’s that going to look like for this team?”

Drafted in 2004 following the Steelers’ most recent losing record, Roethlisberger never experienced a losing season, never finishing worse than 8-8. The team played exactly one game in his entire career, whether he was active or not, in which they had no chance of making the playoffs.

That was the season finale of the 2013 season, and really the only notable thing about that game that might have been out of the norm compared to if they actually had something to play for was that they put wide receiver, Mike Wallace, on the Reserve/Injured List with a minor injury.

And they won the game. They were 7-8 going in. By my quick math, the win cost them at least a few draft slots given the number of teams that also finished 8-8 that year, but they still had the 15th-overall pick, which landed them Ryan Shazier in the first round, and they got Stephon Tuitt in the second, so it still worked out pretty well.

Of course, Aaron Donald was drafted 13th overall, but I don’t think they would have taken him anyway with their need at inside linebacker. But this isn’t about the draft, at least not for the players in the locker room. None of them want to lose games, even if some might be dispirited by the prospects of having no chance of reaching the postseason.

I’m not in the locker room and I don’t think I’ve ever even directly communicated in any way with any players on the current roster, but I think I would be rather surprised if I saw a lack of effort from the team in the final three games if they are eliminated. Guys like Myles Jack and so many others, they just love football too much. Tomlin looks for football players. Football players play football.