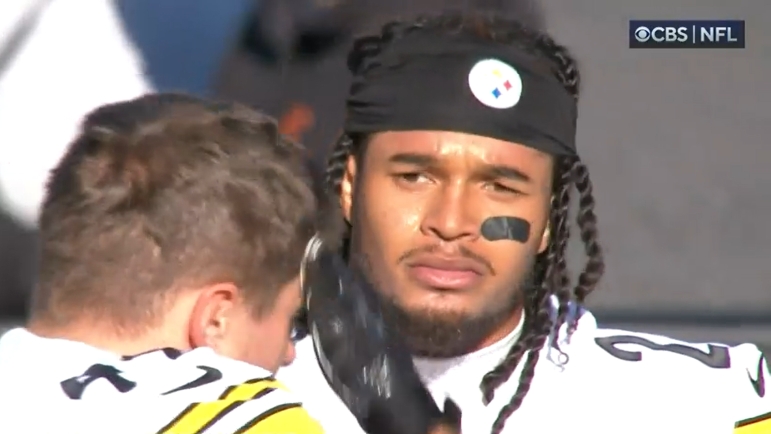 Following back-to-back sacks by outside linebacker Alex Highsmith and defensive tackle Cameron Heyward, the Pittsburgh Steelers appeared to be in a great position not take over the game Sunday on the road against the Carolina Panthers, holding a 21-7 lead and about to get the football back.

Instead, special teams member Marcus Allen went nuclear, making as bad of a mistake as you’ll see in football, drawing a terrible unsportsmanlike conduct penalty for going into the Panthers’ huddle on the sideline and getting into it with Carolina defensive back Sam Franklin Jr, leading to the flag that extended Carolina’s drive and led to three points, making it a 21-10 game.

Following the game, Steelers head coach Mike Tomlin, who was clearly not happy with the penalty on the field after the call, stated that he had no idea what Allen was trying to do in the dead-ball period leading to the flag and the 15-yard penalty to extend the drive.

“I don’t know,” Tomlin stated to reporters when asked what Allen was trying to do, according to video via the Steelers YouTube page. “It was in a dead period. We were making adjustments on the sideline and so I didn’t have eyes on it. I don’t know if any of us had eyes on it.”

The cameras and the officials certainly had eyes on it, as Allen was seen going onto the Panthers’ side of the field, well away from where he needed to be before the fourth-down punt, to engage with Franklin Jr. and the Panthers’ huddle.

There’s just no explanation at all that even makes this understandable from Allen. It’s selfish and shouldn’t be happening, especially in a key situation like the Steelers found themselves in against the Panthers, holding a two-score lead and about to get the football back after back-to-back sacks.

Six plays after the penalty, which included a 17-yard completion from QB Sam Darnold to TE Tommy Tremble, the Panthers settled for a 29-yard field goal from Eddie Pinero, making it a 21-10 game.

Fortunately for the Steelers, the penalty didn’t end up hurting them in the long run, even with three additional points on the board. However, it’s something that absolutely needs addressed, and could lead to a roster move overall. As a special team’s player, Allen can’t be making a negative impact in a game, especially of this magnitude.

We’ll see what Tomlin and the coaching staff have to say about Allen moving forward after seeing the full thing on tape after the game.