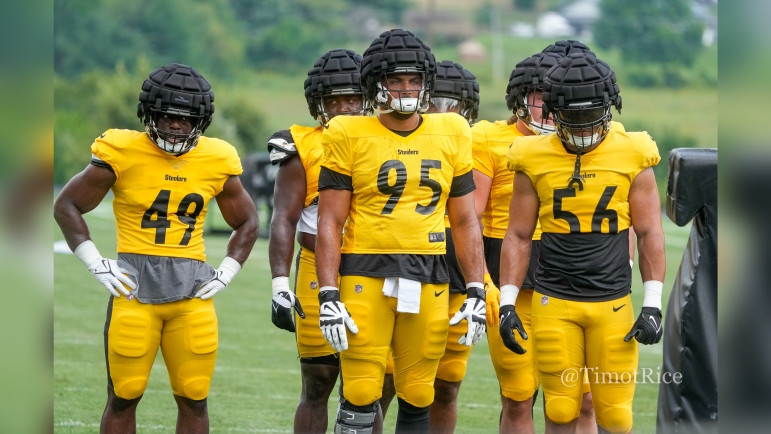 In March of 2020, the Pittsburgh Steelers did something you don’t see too often anymore in the NFL. They made a trade with the in-division rival Baltimore Ravens. Now looking back a near three years later, it’s one of the better trades they’ve made. They acquired defensive end Chris Wormley and a seventh-round pick, in exchange for a fifth-round pick.

Over the past three years, Wormley has appeared in 40 games for Pittsburgh. He logged a career high 14 starts last year and was one of the Steelers more consistent players all season, racking up seven sacks and six TFL’s. It was his first year as a near full-time starter, and he didn’t disappoint. At this moment in time, it’s probably safe to say Kevin Colbert made the right call, as Wormley has had a great impact on the d-line.

Now I’m not trying to put a jinx on anything, but it should be noted that since the 2020 trade the Steelers haven’t lost to Baltimore as they’re a perfect 4-0. That alone will make fans happy. Earlier today on The Mike Tomlin Show that aired via the teams YouTube channel, host Bob Pompeani asked Tomlin about the ‘weapon’ that is Chris Wormley.

“You know, you probably shouldn’t trade players in-division. They’re probably rightly motivated by that. I know that I do my part. You know on weeks like this, every time I walk past Worm I say, ‘Boy I can’t believe they traded you in-division. They don’t think a lot of you when they trade in-division.’”

It has to be motivating for Wormley to hear that from your head coach, right? Tomlin has been in his ear about this for quite some time, as last year he said something quite similar. Hearing that the team who drafted you in the third round go on an trade you to its biggest rival three years later? That would give anyone motivation.

“Wormley is a quality player. When they moved him, they had unique depth. It was a reasonable decision in terms of them moving on, but we’re also thankful that we have him. He’s been a nice contributor to our efforts and has been a quality player and teammate for us.”

While the Ravens had depth at the time of the move, the Steelers were looking for some depth behind former DE Stephon Tuitt before Wormley became a starter in Tuitt’s absence. While I’d argue they’re still suffering from his departure, Wormley has provided a nice spark for the d-line and has made this rivalry even more interesting than it was before.

Last year, Wormley had arguably his best game against his former team, as he tallied a carrier high two and a half sacks in the victory. The Steelers will need that same defensive pressure in this weekend’s matchup if they look to win their third consecutive game, and remain in the playoff hunt.