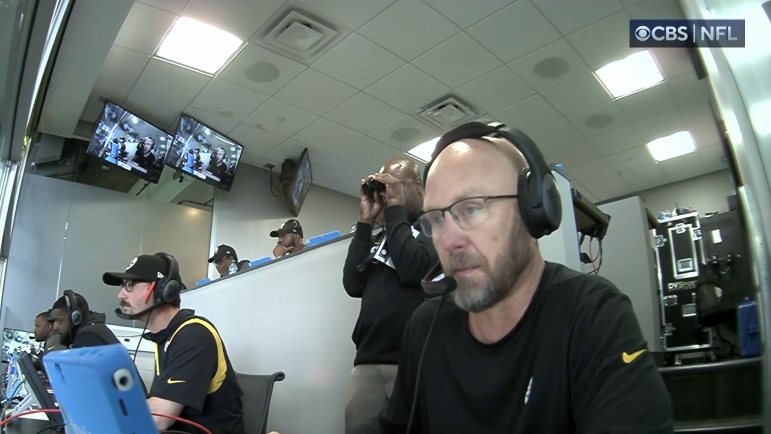 The Pittsburgh Steelers offense has been getting better and better as the season wears on. Why? The offensive coordinator is still the same Matt Canada that so many people have hated for years now (even before he was the offensive coordinator). So what’s the deal? Has he changed things? Has he expanded his arsenal?

“Probably not what you want to hear, but not much”, he told reporters yesterday via transcript when asked those questions. “We’ve had a lot in. I think you want an identity, right? You’re fighting to get that and when you’re young, maybe you don’t see that as well if you’re not inside the building and understanding where we are”.

It’s a point I’ve made a couple of times this week already, but the key change in this offense from the beginning of the season to now; from Kenny Pickett’s first start to now; from the last game before the bye until now; is plain and simply the offense executing the plays that are called better than they were before.

For the most part, the plays they are running are the same that they’ve been running, largely with the same personnel (minus wide receiver Chase Claypool of course), only they’ve been doing a better job of it than they were.

Yes, they have been playing lesser opponents than they were in their first eight games. That is undeniable and is inevitably a factor in their performance. But they’ve also been missing fewer assignments, taking fewer penalties, and playing with more cohesion, things that are not opponent-specific.

It takes time for any young offense to grow, especially when the vocal point of the offense is a rookie quarterback. Their ability to run the ball better didn’t come out of nowhere since the bye. It was the product of an entire offseason’s worth of work finally coalescing and yielding the results that we’re seeing.

Canada said weeks ago that it’s hard to add to an offense when you’re not executing the stuff you are doing. They’ve been doing a better job of that lately, so perhaps we will begin to see a little more here and there—though perhaps not if they execute the oddities like that flea-flicker. But it’s an ever-evolving process even in the midst of struggles.

Not what most people want to hear, but that’s what the tape says, too.