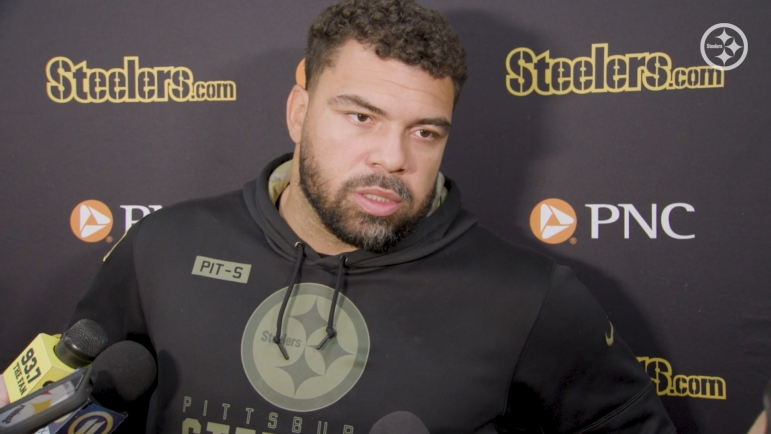 The Pittsburgh Steelers have faced or will face three run-first teams in a row in the Atlanta Falcons, the Baltimore Ravens, and up next, the Carolina Panthers. The first two clearly had success against them, even if both games were close and one of them fell short.

But it’s more than a warning sign about things needing to change. The run defense seemed to be making significant strides over the course of the season, but it’s recently fallen off a cliff and it’s unclear if they have a parachute. We’ll find out on Sunday.

“I think for us, it’s just getting down to the nuts and bolts,” defensive lineman Cameron Heyward said yesterday via the team’s website, regarding the run defense and getting it back on track. There were situations in the past two weeks where they knew they were going to get a run and couldn’t stop it. And they know Carolina is going to run it.

“They’re a running group and they’re gonna stick with their run regardless. This is a great test coming off the last one,” he said about facing the Panthers, embracing the opportunity to face another running team right away. “If you fall short once, you get another chance to adjust it. I’m looking forward to just getting back on Sunday.”

It’s great to have that drive to step up to challenges, but not every challenge is met. And I’m not sure how many people are very confident in the Steelers’ ability to stop the Panthers’ run game right now. But then again, that’s why they play the games.

The Panthers have been running steadily with D’Onta Foreman as their lead back since trading Christian McCaffrey to the San Francisco 49ers, and you’d hardly know that they dealt away an All-Pro talent. He alone has rushed for 482 yards with four touchdowns in the past six games that he has started.

They’ve also been getting increased contributions from Chuba Hubbard, the second-year back, who has 31 carries over the past two games for 139 yards and a touchdown.

On the whole, they don’t even rank in the top 10 in the league as a rushing offense for the season, but they’ve since reformulated their identity as a run-first team, even installing what they call an “Arby’s” package that features eight offensive linemen, three reporting as eligible. And they’ve run for at least 185 yards in three of their past four games, winning those three.

It’s sad for me to say that I don’t go into this game with much confidence that the Steelers will be the team to slow them down based on what we’ve seen, not just the past two weeks, but across the season as a whole. They do have good individual run defenders in the front seven, but often enough they don’t have seven all at the same time on one play.