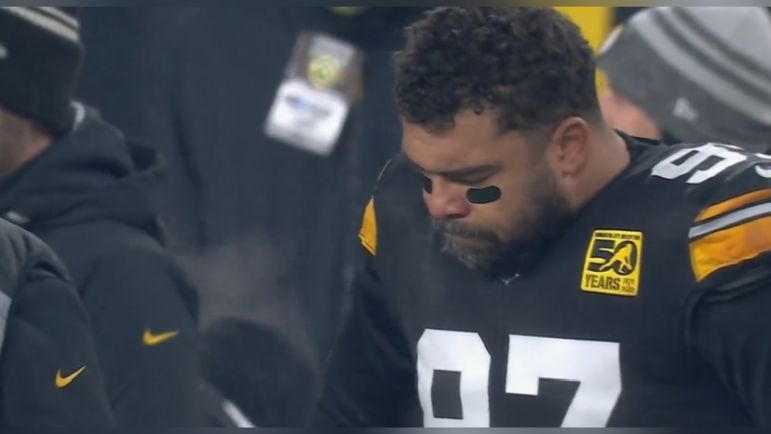 After a poor first drive by the defense that resulted in seven points for the Las Vegas Raiders, the Pittsburgh Steelers veteran defensive corps buckled down and allowed only three more points the rest of the ball game which helped the Steelers win and keep their season alive.

Steelers defensive captain Cameron Heyward spoke to the media today after the game, which was streamed on the team’s YouTube page, and asked how the defense was able to keep a lid on the Raiders’ explosive playmakers.

“Pass rush has got to be huge,” responded Heyward. “We got to take advantage up front, you know, but we got to make a team one dimensional. I thought we did a very good job after that first series of really just being stout in the run game. And when you can do that, then you can light your hair on fire in the past rush, and you can really mix it up and provide different looks for the DB’s [defensive backs] to have some fun with.”

The Steelers knew coming into the game they would have to stop running back Josh Jacobs if they wanted to win. In the bitter cold, the Raiders were going to try and rely on the NFL rushing leader. Entering the game, Jacobs had 1,495 yards and running at an incredible 5.1 yards per carry. The Steelers held him to 44 yards and a measly 2.9 yards per carry.

As Heyward said, the ability to stop the run and keep the Raiders behind the sticks helped in that it forced Derek Carr to throw the football often, who is notoriously bad in cold weather games. Entering the game, Carr was 0-6 in games below 36 degrees, and the game last night was around 11 degrees for most of it. Carr threw three interceptions, helping kill drives and playing a big part in the Steelers victory.

As Heyward said, the pass rush had to be huge in slowing down the Raiders receiving weapons like Darren Waller and DeVante Adams, and it certainly was. The Steelers sacked Carr three times, with Heyward himself getting in on the action with two of the three sacks.