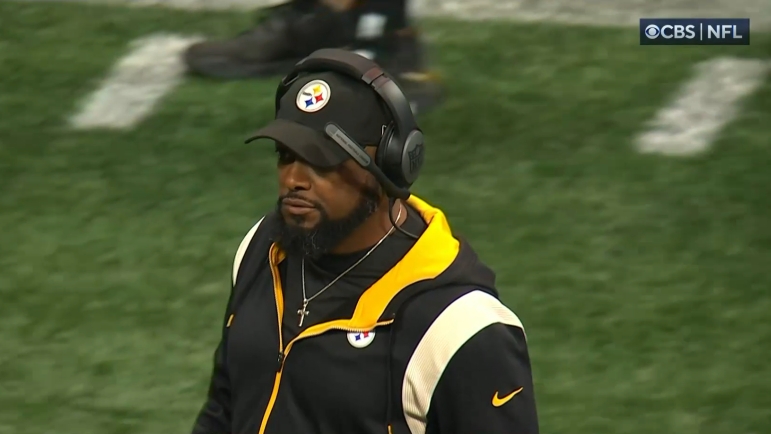 Former Pittsburgh Steelers middle linebacker Ryan Shazier went on The Herd with Colin Cowherd earlier today, and the former Pro Bowler offered praise for his coach with the Steelers, Mike Tomlin. Shazier likened Tomlin to a father figure for the way he’s able to relate to each individual person.

Shazier isn’t the first person and probably won’t be the last to praise Tomlin for his ability to be a father figure. Last June, current Steelers cornerback Ahkello Witherspoon praised Tomlin for the same trait. As far as the human aspect of coaching, it seems to be something that Tomlin has down pat, and it’s one of the reasons he’s been able to succeed for so long.

Tomlin’s ability to handle the locker room off the field is one of his best traits, and it’s one of the most important when it comes to being an NFL coach. Relating to each and every player on and off the field and knowing how to handle wildly different personalities is essential, especially in a place like Pittsburgh, which has a reputation to uphold as one of the preeminent franchises in the NFL. It’s the example almost everyone uses, but just look at Antonio Brown. Tomlin was able to keep a lid on his antics until the very end of his time in Pittsburgh, which I have to imagine couldn’t have been easy. Across the board, his ability to get the most out of each and every player who has worn a Steelers uniform has been impressive.

There are legitimate gripes that can be made about Tomlin’s in-game management, especially when it pertains to clock management. But the results don’t lie. Tomlin’s been a successful coach in the league, a guy revered by current and former players and even players across the NFL. Guys want to play for him and give it their all for him. That’s what you want in a coach and what you need in a coach.

Even things as simple as buying the whole team Black Air Forces before this season. It not only helps a coach relate to their players, but that particular gesture helped build an identity and was a way for Tomlin to show his team what they wanted to be. And in recent weeks, it’s an identity they’ve lived up to. This has to be a tough, gritty football team to win games, and through their work in the run game and their defensive efforts, it’s something they’ve been, and it’s made them fun to watch.

It’s fair to question Tomlin, and I’m of the belief that his .500 or better streak is a little bit overblown because going 8-8 should never be the goal for the Steelers. But I just don’t think many other coaches in the league could have the level of success he’s had for the length of time he’s had it with the Steelers, and that speaks to his ability to coach and get the most out of guys. He gets guys to give it their all for him and for the team. That’s the mark of a good coach.