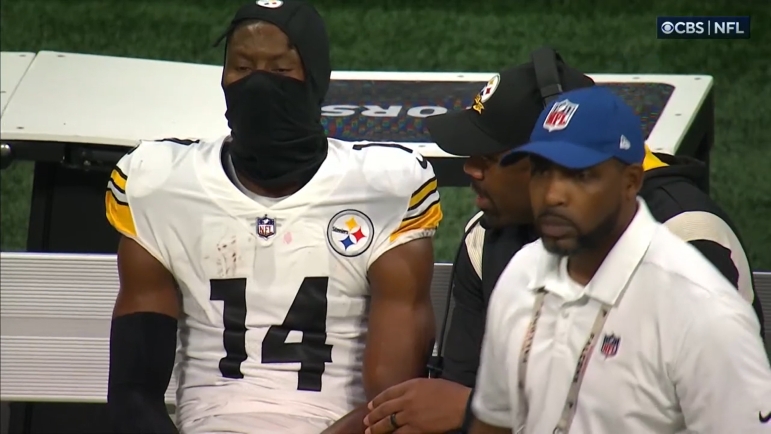 We can probably reasonably assume that the Pittsburgh Steelers’ media department elected not to release anything from rookie wide receiver George Pickens’ media session with reporters earlier in the week because they thought it might to more harm than good.

Thanks to the reporters on scene covering his media session, we know only portions of what took place—he preceded the session with a statement basically saying that he doesn’t want his comments blown out of proportion before fielding questions—but generally, it wasn’t exactly universally received as the greatest look.

Pro Football Talk’s Mike Florio would have had full access to that video. He appeared on 93.7 The Fan earlier this week (he has become a weekly guest this year to comment on Steelers and NFL matters), however, and he didn’t blame Pickens for how he handled it, in fact agreeing with head coach Mike Tomlin.

He said that after he was asked about Pickens giving short, unresponsive answers to most questions. But he’s right. Imagine if you were required to talk to people who wrote to the public about your performance every week. How would you like it if there were rules about how in-depth your responses had to be to even the most grating questions?

“The guy’s passionate. The guy wants to win. I agree with Mike Tomlin in that it’s a lot easier to dial a guy back than to create a passion that isn’t there”, Florio insisted. “And Tomlin has been a master at speaking to the better angels of players whose passion for whatever it may be…Tomlin knows how to deal, individually, with his players to get them to be the best versions of themselves they can be”.

“With any player, I’d rather have a guy who I have to calm down than a guy I have to fire up”, he added.

Pickens has a pretty laid-back persona off the field, but he’s clearly plenty passionate about the game. It’s something that he loves and something that he works hard at. He wants to produce, as anybody in his position would want to.

Does that mean that he handled everything perfectly? Obviously not. But as I’ve said time and time again already this week, what happened happened. It’s about how he responds to it moving forward. We could easily be singing a completely different tune on Monday morning.