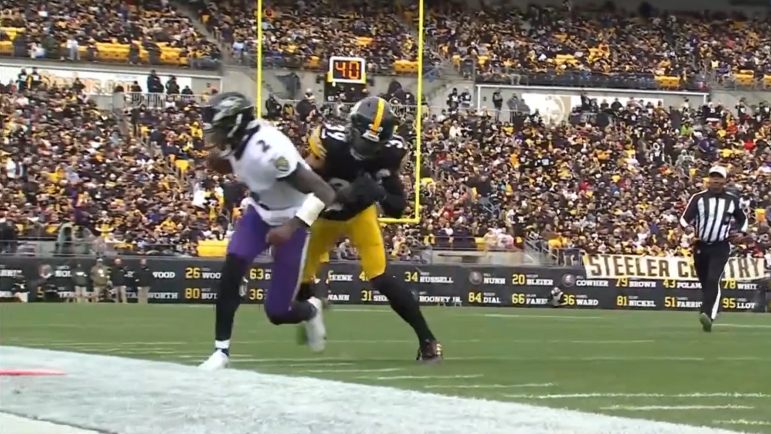 “It’s just Baltimore versus Pittsburgh. You’ve seen how the first game went,” he said, via the team’s website. “It was a physical game, low-scoring game, two great defenses, great running offenses on both sides of the ball. I think that’s the type of football that people like to watch.”

Steelers versus Ravens has been a “five-star matchup” as head coach Mike Tomlin might say for the better part of the past 15 years or so, one of the great rivalries in today’s game, though it’s a game that has lost some of its luster over the years.

Still, they do often bring out the most competitive of spirits in one another, one of the reasons so many of their games end up being decided by one score. Their most recent game a few weeks back ended up finishing out 16-14, and that was with a blocked field goal the Steelers suffered that could have provided the margin of victory.

Steelers rookie quarterback Kenny Pickett was knocked out of that game early, suffering a concussion while taking a hit on the fifth play of the game. The Ravens were already starting backup Tyler Huntley with Lamar Jackson sidelined due to injury.

While Pickett is back, fresh off of a game-winning drive on Sunday, whether or not Jackson returns for the primetime matchup is yet to be determined. The two teams are generally healthy at this point of the year, all things considered.

I believe there is a possibility that the Steelers could potentially be eliminated from postseason contention before kickoff, though, which could seriously compromise the significance of the game. If Pittsburgh has nothing to play for, there’s less motivation to tune in since the stakes are lower.

The Ravens, on the other hand, are still contending for the AFC North title with the Cincinnati Bengals. They are one game behind in the loss column but could win a season sweep tiebreaker if they finish with the same record, so they’ll need to at least keep pace with the Bengals this week.

It should still be a fine football game. There are a lot of talented players on both sides of the ball who are more than capable, and more than experienced, putting on a show under the lights. Neither team is a shrinking violet when it comes to being the center of attention under the watches of Tomlin and Ravens head coach John Harbaugh, one of the most enduring head coach matchups in league history, now in its 15th season.