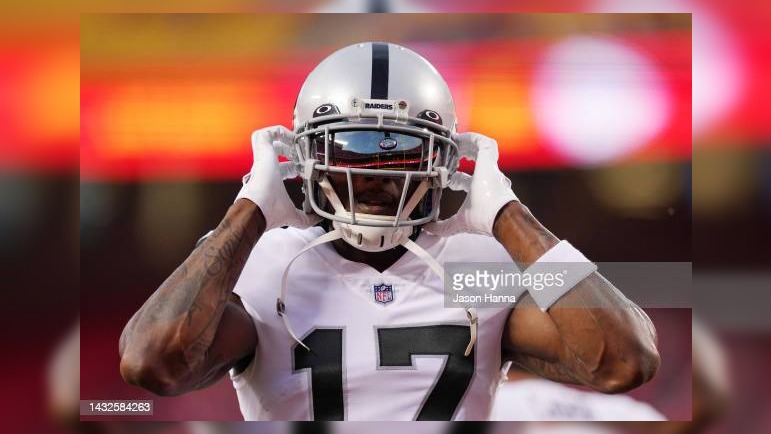 The Pittsburgh Steelers got a much-needed win Saturday night on Christmas Eve, keeping their slim playoff hopes alive by beating the Las Vegas Raiders 13-10. The offense was largely ineffective for most of the contest until they went on a ten-play drive late in the fourth quarter to take the lead. However, the defense came ready to play against Las Vegas, holding them to 201 total yards while shutting down the NFL’s leading rusher Josh Jacobs, holding him to under three yards per carry on the night.

The defense also did a great job of taking away WR Davante Adams who ranks near the top of the league in every receiving statistical category this season. HC Mike Tomlin said as much in his postgame press conference, stating that it was the team’s agenda to take away both Jacobs and Adams via schematics. They did just that, holding Adams to a mere two receptions on nine targets for 15 yards. However, after going back through the tape, it was evident that it was more than just the coverage scheme that helped Pittsburgh make one of the best WRs in football and non-factor.

The Raiders tried to get Adams involved early in the first quarter when they went down the field on their first possession as scored on a Hunter Renfrow catch-and-run. Here in the red zone, we see Pittsburgh bring the blitz with a Cover 1 look, having #29 Levi Wallace man-on-man with Adams at the top of your screen. Thankfully, the defense pressures Derek Carr enough to get the ball out early, throwing the pass over Adams’ head out of bounds. Carr was in-position to complete the pass but threw the ball away either due to the pressure up the middle or the weather affecting the pass.

The very next play, Carr goes back to Adams again on a shallow crosser over the middle. However, the defense rallies to Adams quickly after making the catch, having the likes of Robert Spillane, Myles Jack, and Jamir Jones converge on Adams, limiting him to a gain of three yards.

Adams’ lack of effectiveness against the Steelers didn’t come due to his lack of involvement in the offensive game plan. The Raiders tried to get him involved, scheming up ways to get him open in space to catch the ball and create after the catch. Here is one example of that with Adams motioning across the formation on the fake end-around, then catches the ball in the flat on the swing pass with room to work. He gets out of a tackle attempt by Spillane and picks up the first down before running out of bounds.

While The Steelers did use schematics in coverage to put more attention on Adams, his ineffectiveness in Saturday night’s game was largely due to Carr missing throws regardless of the coverage that Adams saw. For example, Pittsburgh runs a Cover 2 look here in the red zone with Cam Sutton jamming Adams off the line but allows him behind as he covers the flat. Minkah Fitzpatrick rolls down as Adams reaches the soft spot of the zone coverage on the sideline, but Carr misses Adams high, throwing the pass just outside Adams’ reach.

In fact, Carr missed Adams several times throughout the contest as the duo couldn’t connect despite the effort by Carr to get his top receiver involved. Several of Carr’s incompletions to Adams came on overthrows where he missed Adams high like the incompletion shown above. In some of these clips, Pittsburgh is in good coverage like the first clip where James Pierre stays in-stride with Adams. However, the connection between QB and WR appears to be as much to blame for Adams’ lack of involvement Saturday night.

Not only was Carr missing Adams high on his throws, but he also was throwing several passes behind his intended target. This is a credit to the Steelers defense putting pressure on Carr in the pocket, causing the ball to come out early. Still, it appears as if Carr short arms some throws to Adams, rushing his mechanics to get the pass off, resulting in wavering accuracy.

Even when Carr had time to throw, he still struggled putting the ball in a good spot for Adams to come down with the catch. It’s been mentioned multiple times that Carr tends to struggle in the cold which can be easily believable after watching Saturday’s game. On this pass to Adams along the left sideline, Adams runs a comeback to the sideline with Carr drifting to his left in the pocket, waiting for Adams to break back to the ball. Cam Sutton does a great job breaking on the ball once thrown to contest the catch and push Adams out of bounds, but Carr’s pass again carries Adams out of bounds, throwing the ball high and outside, resulting in Adams only getting one foot down in bounds.

The Pittsburgh Steelers understood the tall task facing them regarding Davante Adams on Saturday night. They responded by holding Adams to one of his worst performances of the season, allowing two receptions with one being a schemed-up completion in the flat and another on an underneath cross against zone coverage with nobody directly on him. Still, while Pittsburgh did cover him well in terms of jamming Adams off the line, staying with him down the field, and having the safety rotate over to help, plenty of Adams’ ineffectiveness in the passing game can be credited to a lack of chemistry with QB Derek Carr.

Pittsburgh deserves some credit for throwing off the time between the two due to its pass rush that sacked Carr three times and pressuring him several others. However, it was evident that the weather got into Carr’s head to some degree as he would miss Adams a few times on plays where he had time to throw. Regardless of if it was the defense, Carr’s inefficiencies, or a combination of the two, the Steelers managed to neutralize one of the best receivers in the game, pitching a shutout against Adams in the second half which ended up being a key factor in the defense stifling Las Vegas, thus giving the offense a chance to win the game late.

What are your thoughts on Pittsburgh’s performance against Davante Adams on Saturday night? Do you think that the defense did a great job taking away the receiver or that his QB played a bigger role in his ineffectiveness? Please leave your thoughts in the comments section below and thanks again for reading!