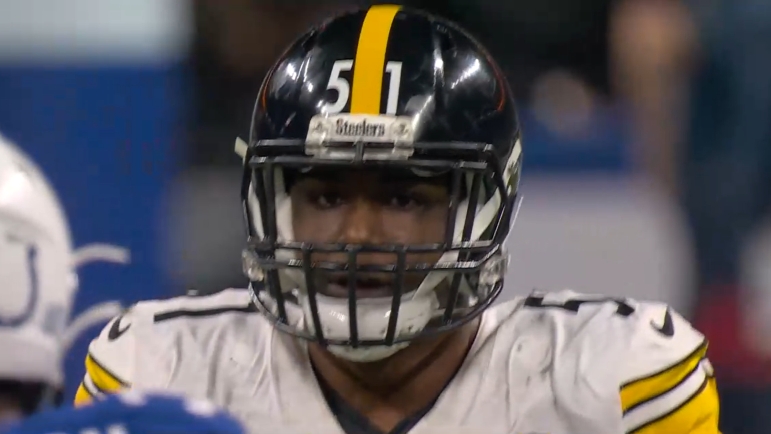 The Pittsburgh Steelers LB Myles Jack this past offseason to help stabilize an LB core that has been in flux ever since Ryan Shazier got injured several years ago. The team tried to go with an alternative route the very next season, drafting S Terrell Edmunds and opting to go cheap at ILB in hopes of holding their own, only to get exposed for not making a heavy investment. They did just that the next season, trading up to draft Devin Bush in the first round of the 2019 NFL Draft. Bush looked to be coming on strong after his rookie season, but an ACL tear in his sophomore campaign set back his development, resulting in a horrid 2021 season.

Bush has since shown gradual improvement into a starting caliber ILB but isn’t the player Pittsburgh was hoping he would be when they selected him 10th overall. They signed Jack to a two-year deal in hopes of pairing him with Bush to give Pittsburgh the best starting ILB group since Bush and Vince Williams played alongside each other. Thus far, Jack has been an upgrade compared to what the Steelers have relied on in the past at off-ball linebacker, amassing 88 total tackles (53 solo), two TFLs, and three PBUs in ten games played.

Still, while Jack has been steady, he has left a lot to be desired considering the expectations put on him after he signed. Jack was never a big splash play guy during his time with Jacksonville and hasn’t recorded a sack, interception, forced fumble, or fumble recovery with Pittsburgh yet this season. That was the concern with Bush coming out of college and remains the case in the league as both starting ILBs lack that vital trait that made Shazier so special.

Besides the splash play element, Jack was brought in to provide better coverage play than what Pittsburgh was getting from their previous options at ILB. While he is better than guys like Robert Spillane, Jack has struggled at times in coverage, specifically staying in phase with pass catchers as they break out of their routes. The Colts gave him fits on Monday night like on this completion to #80 Jelani Woods who manages to get away with a push-off on his release but still gets separation on Jack who is slow to recover and makes the catch for the first down.

Even when Jack was in a good position in coverage, he still had moments where he panicked and gave the receiver a chance to make a play. Watch this completion to Woods where Jack is in a good position but decides to hug Woods at the top of his route, drawing the PI call as Woods breaks to the sideline and still manages to make the grab on Jack to move the sticks.

This next completion to Woods deserves more grace for Jack as you can see him occupying his zone in the middle of the field and Ryan waits until Woods gets into the soft spot of the zone coverage to throw the ball in-between defenders. It can be difficult to play with your back to the football like Jack does on this play, but the pass is completed nonetheless as the rookie TE had a strong second half of the game. This completion may not be on Jack alone, but you would like to see better communication by the defense and Jack overall to prevent Woods from catching the pass in the middle of three defenders in the area.

It wasn’t all bad from Jack in coverage Monday night as he often made his zone drops to the right depth and was able to quickly locate the ball and play chase to the receiver when freed up. Here is one example where Jack drops to the middle of the field and sees Ryan release the pass to #11 Michael Pittman Jr. Jack correctly squares up Pittman after Minkah Fitzpatrick misses the tackle and wrestles him down to the ground to prevent extra yardage being gained.

As mentioned earlier, Jack hasn’t been much of a playmaker during his time in the NFL. He has great athleticism and has shown good instincts, but just can’t turn those traits into turnovers. He had an opportunity in this game on this tipped pass by #29 Levi Wallace to make a play but couldn’t snag the pass that hit his right hand off the deflection, having the ball fall to the ground.

In terms of run defense on Monday night, Jack also saw a mixed bag of results like he did in coverage. When watching Jack play, you never question the dude’s effort. The guy plays 100mph and has a volunteer mindset in terms of throwing his body into the fray like in these two examples where Jack contacts the blocker and runs himself into #28 Jonathan Taylor, creating a pile-up as the rest of the defense converges to stop Taylor for a minimal gain.

However, as Alex Kozora mentioned in his initial film room breakdown on Jack when he signed this offseason, he isn’t the strongest player when it comes to playing downhill against the run. There are moments like in the first clip below where he will get washed down against the opposing OL, having his feet freeze in the gap, thus getting taken out of the play.

There are also moments like this play where Jack does manage to get off his block and attempt to tackle the runner but will leave his feet and fail to bring him down on an arm tackle like in the second clip.

Overall, Myles Jack had a subpar game Monday night in Indianapolis. He is coming off a knee injury that forced him to miss the Saints game but has since seen his snaps decrease with Bush playing more in the nickel and dime defense. This could be just temporary as Jack works back to full health, but for a player that was signed to be Pittsburgh coverage linebacker after Bush struggled mightily in that area last season, it should be seen as a good sign that Jack is coming off the field for Bush on obvious passing downs.

Jack’s first season in Pittsburgh hasn’t been awful by any means, but it hasn’t made the impact that Steelers fans (including myself) were hoping for after the team signed him this offseason. He has been a steady player but lacks that high-end upside Pittsburgh needs to be able to return to playing dominant football on defense.

The Steelers may never come across another player like Ryan Shazier at the position whose physical traits were unmatched, but the combination of Jack and Bush has a distinct cap in terms of what both can do for this team. Still, Jack has another year on his contract and with Bush already scheduled to be a free agent and other more pressing needs on the roster, we should expect to see Jack back next season as he looks to become more acquainted with the system and hopefully be more consistent in his play.