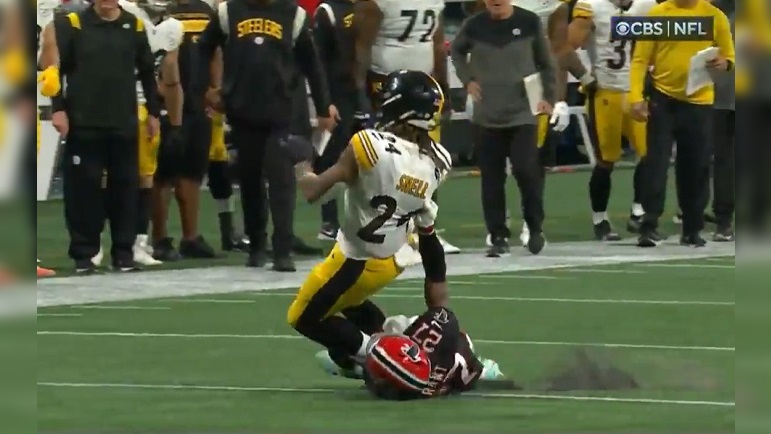 The play occurred with 7:05 left in the third quarter, and the penalty gave Pittsburgh prime field position with a 1st and 10 at the Atlanta 14. The Steelers settled for a Field Goal on the drive, but the field goal would prove to be the difference in what ended up as a three-point game.

It came at the end of an 11-yard reception for Snell, which was his longest of the game. Snell has taken on a bigger role in the offense since his 12 carry, 62-yard performance against the Indianapolis Colts in Week 12. He finished with six carries for 24 yards against the Falcons, while adding 11 yards through the air on the reception which then had an extra 14 yards tacked on due to Grant’s penalty.

All NFL fines go to charity.