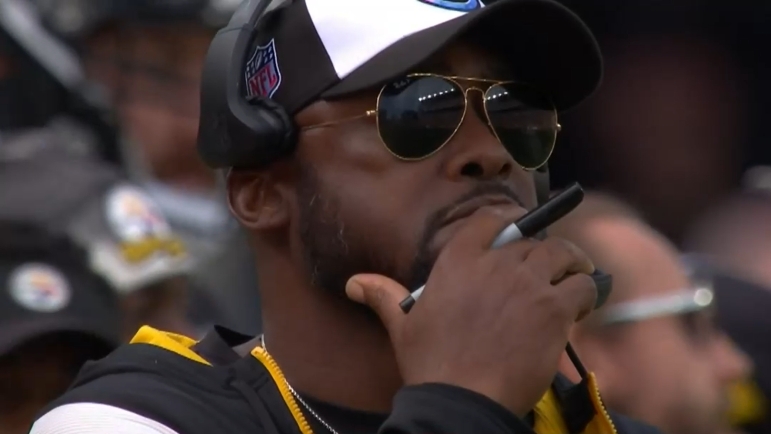 After Sunday’s win over the Atlanta Falcons, the Pittsburgh Steelers improved their record to 5-7. With only five games left, the possibility of head coach Mike Tomlin continuing his standard of having no losing seasons looks more and more likely.

Writing for ESPN, Dan Graziano wrote about his Week 13 overreactions and now believes that Tomlin and the Steelers finishing the season with a winning record is not an overreaction anymore.

“All right” Graziano wrote. “He’s got me. I’m not ready to say he’ll do it, but I think you have to at least acknowledge the possibility. Pittsburgh’s remaining games are home against the Ravens, at Carolina, home against the Raiders, at Baltimore and home against the Browns. You’re telling me they can’t go 4-1 (or 3-1-1) against that schedule? Especially if Lamar Jackson isn’t playing for the Ravens? I’ve reached the point where I’m no longer comfortable telling Tomlin what he can’t do.”

Coming into the season, the path for the Steelers to make the playoffs was to do well in their first four games before their brutal midseason stretch against the Buffalo Bills, Tampa Bay Buccaneers, Miami Dolphins, and Philadelphia Eagles. Once that stretch ended the rest of the season was on the lighter side.

Unfortunately for Pittsburgh’s playoff hopes, they stumbled out of the gate and really haven’t hit their stride until after the bye week. While the team is not playing perfect, they’ve won three of their last four and played a very good Cincinnati Bengals team close. If the Steelers offense didn’t forget to come out for the second half, Pittsburgh could very well be on a four game win streak and realistically be back in the playoff hunt.

However, as of right now they are not, but the Steelers are still playing for pride. They have three rivalry games (four if you count the Las Vegas Raiders) that the team would love to win. It is important for a young team to learn how to win games and play every game tough and I can imagine that is what Tomlin has been preaching to the team all season.

With Baltimore Ravens quarterback Lamar Jackson likely to miss Sunday’s matchup due to a PCL sprain, the Ravens will be starting Tyler Huntley. Huntley started four games for the Ravens last season and with him starting they averaged 19.5 points per game. When Jackson started games last year, the Ravens averaged 24 points per game; the drop off in offense when Huntley plays compared to Jackson is large.

Given the weaker schedule remaining for Pittsburgh, it is no longer unrealistic for the Steelers to end the season with a winning record. If they can beat Baltimore this weekend, they’re two games after that against the Carolina Panthers and Raiders are very winnable. Add that the Steelers’ rushing attack and offense as a whole is starting to get going, Pittsburgh is on the right path to pick up wins right now.

While some fans believe that Tomlin’s non-losing season record shouldn’t matter, I disagree. While playoff success will always be more important, right now it is still important to teach the young players on this team the way to win and to never give up. This team is not ready for playoff success right now, but having them play out the rest of the season hard, and maybe even finishing it on a high note will go a long way for building a winning culture.