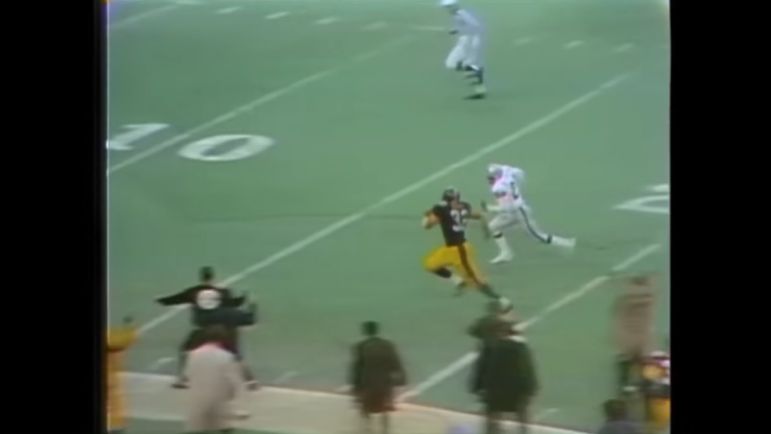 After two Immaculate Reception events were canceled yesterday, a third has been largely scrapped, this time due to weather. According to a press release issued by the team, the Pittsburgh Steelers announced the Friday Immaculate Reception ceremony scheduled outdoors at the exact spot of Franco Harris’ historic catch has been moved inside.

Per the team, the ceremony will take place indoors at the FedEx Great Hall. The event will be free to the public from 2-5 PM/EST tomorrow.

The ceremony was originally slated to take place outdoors at the same spot Harris made his catch on December 23rd, 1972 at the old Three Rivers Stadium, where a marker now exists to commemorate the moment.  Instead, a radio replay of the broadcast will take place inside the Great Hall at 3:41, the exact time of the Immaculate Reception.

The change of plans is not related to Harris’ death on Wednesday. It’s due to the inclement weather in the Pittsburgh area. Tomorrow’s forecast is calling for snow showers with a high of 23 degrees and wind chills that could make it feel like it’s zero degrees or below.

Yesterday, a presentation by the Western PA Sports Museum was canceled while a presentation of A Football Life: Franco Harris at Stage AE was also nixed.

The Steelers are still fully expected to retire Harris’ #32 during halftime of Saturday’s game between Pittsburgh and Las Vegas. The team has made no announcement of postponing plans and according to multiple reports, including one by NFL Network’s Rich Eisen earlier today, Team President Art Rooney II is following the wishes of the Harris family who want to proceed with the ceremony. The Steelers and the Raiders will kick off Christmas Eve.