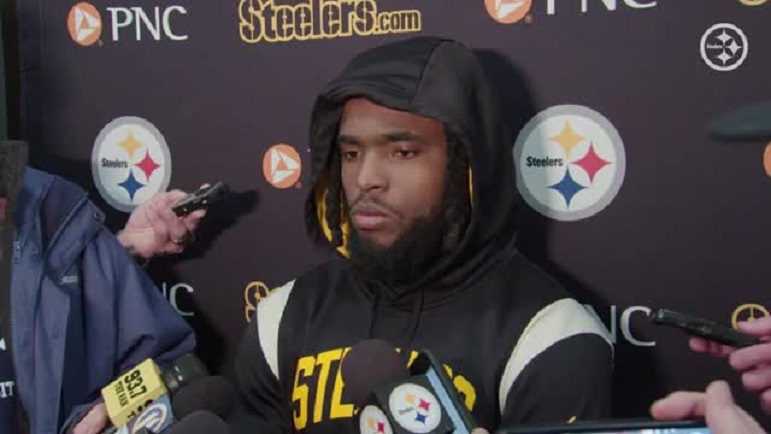 Despite still not being a very good unit overall, the Pittsburgh Steelers offense has taken a big step forward since the bye week. The team is sustaining drives and putting up points, albeit still not enough.

Speaking with the media on Friday, via Steelers.com, wide receiver Diontae Johnson discussed how it feels to see the offense begin to improve.

“It feels good,” Johnson said. “Like starting to show that stuff is clicking, stuff is going the right way. And it also makes us want to keep playing harder, because we can finish the season out strong. We can win out the season.”

While the Steelers playoff chances are slim, if they win out, they will have a decent chance of making the playoffs due to how difficult the other playoff hopeful teams’ schedules are. However, the only way the results of others matters is if Pittsburgh keeps on winning, and a big part of that rests on the shoulders of the offense.

In their four games since the bye, the Steelers are averaging 23.25 points per game. While still not great that total on the season would put them in the top half of the league. The previous total, however, had them second to last, only in front of the Denver Broncos.

A big reason for the offense’s improvement since the bye week has been their ability to sustain drives and cut down on costly penalties. While Pittsburgh is still struggling with scoring touchdowns, they are doing a much better job of getting down the field and kicking field goals. Last game, they did not punt until the fourth quarter, a huge improvement from the beginning of the season.

The offense is not there yet, and if the Steelers are going to make the playoffs the offense will need to start scoring touchdowns. There is confidence in the Pittsburgh locker room that making the playoffs and a better offensive output is possible, but time is running out. A tough test comes this week against the Baltimore Ravens, and the games between the Steelers and Ravens have been notoriously low scoring over the years. If the Steelers can finally get their offense going against the archrivals, it would be huge sign that they can consistently do it for the rest of the season.

As for Johnson, specifically, he enters Week 14 having caught 61 passes for 565 yards. The former third round draft pick out of Toledo is still looking for his first touchdown of the 2022 season as well as his first 100-yard receiving game of the season. The last time that Johnson registered a 100-yard receiving in a game was last season against the Ravens in Week 13. He caught eight passes for 105 yards and two touchdowns in that 20-19 Steelers win at Heinz Field.