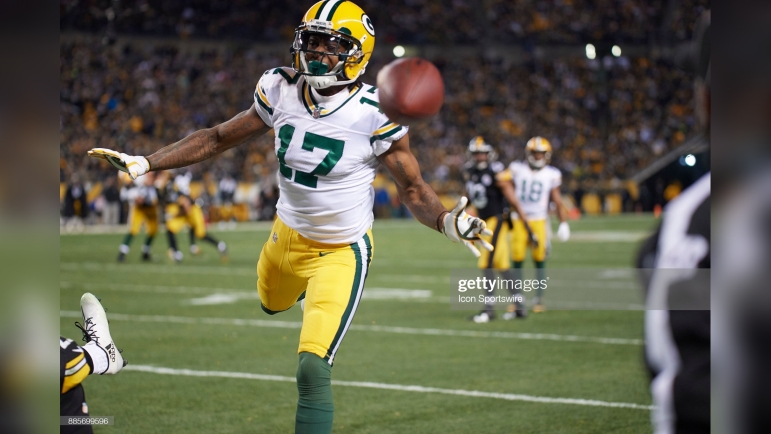 Like much of the country, the northeast and Midwest is bracing for some rather inclement weather coming our way just in time for the weekend festivities. It’s already arrived for many in some areas, and it’s already forced the Pittsburgh Steelers to cancel and alter some of their plans to commemorate the 50th anniversary of the Immaculate Reception.

One thing that won’t be canceled or postponed unless something far more drastic happens, however, is Saturday’s game between the Steelers and the Las Vegas Raiders, a game in which Pittsburgh will have homefield advantage in more ways than one. They’re much more use to inclement weather and practicing in the cold than are more southern teams like Las Vegas.

At least for one Raider, however, it won’t be an issue. “I played almost 10 years in Green Bay, so I’m ready to rock”, wide receiver Davante Adams told reporters earlier this week, according to a transcript from the Raiders, when he was asked how playing in cold weather might affect his preparation.

A former second-round draft pick in 2014 out of Fresno St., Adams spent his first eight seasons in Green Bay playing with Aaron Rodgers at quarterback before being traded to the Raiders this past offseason to reunite with Derek Carr, his former college quarterback.

He’s had quite a fine season, recording 86 catches for 1275 yards and a league-leading 12 touchdown receptions, those numbers ranking fourth, fourth, and tied for third in his career—with three games left to play, mind you. He was named to the Pro Bowl earlier this week, and will likely make the All-Pro team yet again.

One of the top receivers in the league, Adams will be a challenge for the Steelers’ secondary, and the defense also having to contend with tight end Darren Waller after his return from injury isn’t going to make things any easier to handle.

Adams also noted that he has some familiarity with the Steelers from his time in Green Bay. He most recently played them just last year in a 27-17 Packers win. He actually didn’t have a huge game, catching just six passes on 11 targets for 64 yards, but Rodgers spread the ball around, finding Randall Cobb for two scores.

He also played Pittsburgh all the way back in 2017, this one in a Steelers win. Rodgers was out, Brett Hundley starting, yet they still put up 28 points. Adams caught five passes on eight targets in that game for 82 yards and a touchdown, a 55-yard strike early in the second half.

This time, both teams are desperately seeking a win to keep their slimmest of postseason hopes alive. It doesn’t matter what the weather’s like. The only thing that matters is scoring one more point than the guys on the other side.